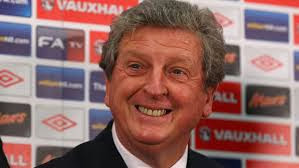 Sometimes the politically correct lot  give me a pain in the butt. There is the coterie that thinks it would be a good idea to take Mark Twain’s Huckleberry Finn  and remove the many references to Nigger Jim.  A sort of posthumous reproof to a great writer, using today’s customs and standards. Stupid, stupid, stupid. And there was the minor furore the other day in the House of Commons when Scots MP Jo Swinson, who is pregnant, wasn’t offered a seat by any male colleagues during Prime Minister’s Question Time. Not to mention the danger that offering  a seat might have been seen as sexist as well.
But the thing that really gets my goat (and I’d like here to make it clear that I once had a pet goat) is the inconsistency of the PC Police. When Ron Atkinson, not knowing his microphone was open, called Chelsea star Marcel Desailly a “lazy, thick nigger”,  he was bundled off his TV pundit slot quicker than a Robbie Keane penalty. When Richard Keys and Andy Gray thought their microphones were off and made derogatory comments on the woman assistant referee at a game, that was the end of Richard and Andy in the big-time TV commentating.
Now Roy Hodgson, still flushed from his success in squeezing England into the World Cup finals next summer, has been caught with his verbal pants down. It seems he made a half-time joke about a space monkey – I’d never heard it before, had you? – and some mild criticism of it was made, in that the space monkey was paralleled with Andros Townsend. So is Roy going to get the boot? Er, um – look, everybody knows Roy hasn’t a racist bone in his body. But isn’t that what they said about Big Ron? He still got the boot. I’ll bet Richard and Andy would argue that they have nothing but respect for women in sport, as linesman or anything else. But they still got the boot.  Roy though – Roy’s different.
England needs him. Badly. So the PC brigade will swallow hard and say of course Roy’s anti-racist, look at all the different countries he’s coached in, there was no insult intended, in fact Roy is raging  that this is taking the gloss off his team’s masterly display in beating Poland. How dare they interpret his monkey joke as racist.
My own view is that we’re far, far too quick to detect and denounce non-PC language. But if we’re going to dish out sauce to the Ron, Richard and Andy goose, consistency demands that we dole out sauce to the Roy Hodgson gander. And I would like to stress that I say that as someone who numbers geese of both genders among his best friends.

View all posts by Jude Collins →
Peter Robinson and the GAA
Joe Brolly has a go; Tanaiste says "Me too"

4 Responses to Roy Hodgson and the space monkey