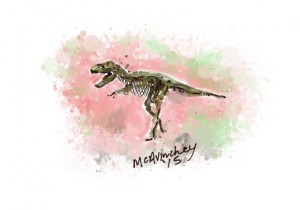 The SDLP  was at one time the most respected nationalist party in Norneverland. That is now as much in the past and buried to common memory as Labour’s glory days in the UK. That’s just the way it is.Things used to be very simple for everyone .Now the SDLP have been sidelined by Sinn Fein. It’s one of those simple facts of life, like growing older.

The voters simply decided to ride different political  horses.They obviously thought that there was vibrancy and a fire in this newly scrubbed -up animals .The public are fickle though, and prone to blow with any favourable wind or fashion,so nothing is ever set in stone.It could easily all change again at any time.There have been many  changes of heart over the years.Remember when there was just the IRA ?…not  PIRA, not CIRA… Remember when there was one Unionist Party…not DUP or TUV. People are always changing their minds .

There is always talk of “Getting the vote out”, but it’s a fact that probably half the population  couldn’t give a tinker’s curse for  voting or politics. They aren’t interested and they don’t care for politics at all…much as some people don’t care for watching and following football teams  or going to operatic  concerts.The only way they will ever be engaged is  by some novelty or excitement. It’s always that fifty per cent , chopping and changing their minds like women with their shoe collections.

Recently , I was amused to see that  many young,”educated”  people , who are the upcoming  lifeblood of politics, have professed, in television interviews , to be totally disinterested in the political game at all.They see politics as something  for bickering , old men and they are turned right off. They’d probably rather mess about with some new video game as waste their time listening to a couple of old bores wrestling verbally on the radio. Someone as ponderous as Alasdair McDonnell, the leader of the SDLP would be seen as irrelevant  to these young people.  Peter robinson would be  the same .Simply put, if the SDLP wants to survive as a party , they need to somehow change their image and look as though they are not a vigour-free zone,  or they will become an irrelevancy.

There is a judgement…an impression, afoot ,that somehow  they are not even really a Nationalist party now.If they are a socialist and democratic labour party, fair enough, but should they not just profess to be a labour party,  like the Labour Party in the UK and stand on the Labour Party’s ticket.Nobody knows what socialism means in the 21st century , anyway. They might as well. They go to Westminster, just like the various unionist parties, who are all  closet conservatives of one kind or another , anyway, so what is it that distinguishes the SDLP from them or any other UK party? I suppose you could also ask what distinguishes the modern Labour Party from the Tories. Nobody really knows anymore.

There is one new political SDLP face that has popped up, whose claim to fame appears to be that he was very good football player in his day. This has been trumpeted in the election literature  as something that qualifies him for the cut and thrust of political argument or guile.Maybe so ,but it seems such a retrograde observation…a bit like 1960’s  beauty pageants are to feminists…There’s soomething a bit too Benny Hill about it all..Well that’s lovely , that he could play a bit of football and all  that, but what has it got to do with his politics? I suppose you could  wonder what he’s like at golf or chess too… or is this supposed to matter? Okay , you  might say that Ronald Reagan climbed the political ladder to the top, on the back of a career in  “B” movies, but then , this is not America…..but maybe people are really that easily impressed.

When it has come down to electoral pacts ,on the other hand, if  the SDLP  were a real, perceptive   “Nationalist” party, they would have made electoral pacts with anyone in an attempt  to maximise the perceived  “nationalist” vote . For survival they should have teamed up with whatever Devil or Angel that  is  available.They think that pacts with political rivals is somehow unclean, but politics isn’t a game for naifs.They should be able to smell the wind and decline from talking about the morality of doing something like that .Morality in politics? Politics were never about morality. They are about getting a job done  with whatever deals and tools available..This is not 1980 and when was there ever any morality involved  in the backstabbing and cutthroat tussles of political life anyway?Take a quick look at how the British Government get by.There have always been backroom deals. It’s always been a game of the utmost savagery dressed up as a  principalled civilised debate.

By not attempting a pact , they will only allow  conservatism to rise here and by increments,  in  Westminster.That’s simply and pragmatically how it will pan out.So they are now  actually a  slowly moving “conservative” thinking party ,wary of changes to the status quo. They will be damaged whether they make a pact or not , of course , just as  the UUP will surely be damaged by making a pact with the DUP, so surely they should take on the imminent  damage for the overall common good instead of huffing in a corner of their own making ? Pragmatism is key….just as the British Government can issue a Royal Pardon to get their desired result and a republican like Gerry Kelly can accept that “succour” from them   without batting an eye at the incongruity of the situation …quid pro quo…that’s politics .That’s bending in the wind rather than breaking. The failure to adapt will leave some looking like failing dinosaurs.

Both those  once -strong parties , both unionist and nationalist,are in a process of slowly bleeding out like old dying beasts, too long in the tooth and afraid of the fast -changing times.  A time is coming when  it looks like there will again only be only  two major parties anyway.There will be those who  will want to maintain a conservative “unionism/nationalism” with all sorts of social/religious  restrictions and introversions  and there will be those who will  aspire to a more forward-thinking ,secular  all- Ireland ethos, where there is no place for the silly bigotries .

There is a hope that the old tribalisms will no longer matter anymore   in that future  and will be  made  gradually irrelevant.The only difference will  eventually be between those who want a free, fairer, society, finished with conflict and the reasons for it ,  and those who want to continue fighting old wars and constantly resurrecting  old bitterness  that  should have been consigned to the past  long ago at the time of the Good Friday Agreement .