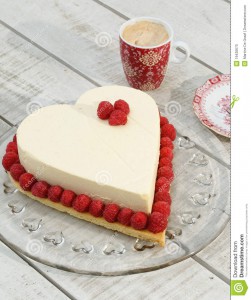 There is no doubt that the Ashers Gay  Cake case in Norneverland , has exposed the idea that religious beliefs are sometimes not conducive to joined- up thinking …or running a bakery that can serve an entire community. Statements  issuing , straight -facedly from witnesses in  the  earthly High Court in Belfast, about  bakers eventually  standing before their God,  whose  wrathful displeasure would be so  evident, because they ‘d  deigned to bake a cake supporting gay marriage, indicates a paucity of intellectual depth of thought  and exposes some of these Stone- Age  tribal customs as little more than fictional, magical  belief -systems  that are virtually incompatible with the extant knowledge of the universe that is available to anyone who cares to throw off these time -worn  fears and indoctrinations for a truthful life in the 21st century .

Can anyone really still  believe in these ancient Stone -Age doctrines and still find a place in the 21st century, without  encountering some form of ridicule , or at best, critique, entering the conversation?It is impossible to escape the scrutiny of logical thought..Of course we are all free to believe anything we damn well please  in the privacy of our own minds …in the privacy of our own homes.It is a different game out there in the real nuts and bolts world of physical reality , though and not that area of dream-weaving between your ears. There’s no freedom on that scale , out there, where your thoughts have  to be proven logically ,to make a bit of sense.

We are talking about the difference between fantasy and reality here.

The idea that a cosmic deity of planet-shaping and cosmos- altering dimension, would also  be such a  petty busybody and nosey-parker,  as to poke his cosmic nose into the minutae of cake -baking….the sugar, flour , food colouring , fresh eggs, the printing of cartoon characters , not  to mention the   temporal human sloganeering and  slowly evolving societal-  changing marriage  bonds…..  is ,frankly, laughable and should never have been part of a discussion between sentient , thinking beings at all .They should know by now that  these religious beliefs have much more to do with patriarchal  tribal control than to do with  belief in a god or a discussion about  morality . Had the trouble- inducing slogan been written in Latin or possibly Swahili, maybe it would  have saved everyone a whole lot of hassle . The potential cake- makers might never have discovered that there was something to get their God excited about in the first place.

That this case should have energised right -wing evangelical “Christians” across this humble little planet, three stones from the sun,  reduces our  respect for knowledge  to a mundane level.That it should have brought them out singing in a chorus of prayer to the skies , hoping to catch the ear of an imaginary  patriarchal immortal ,reduces them  to frightened intellectual paupers , afraid of a darkness that they can  only  wish to control.Well , it’s just plain silly.

Where does a curious belief like this begin ; the idea that you will  someday present yourself before a judgemental deity after your death and have to explain all those little glitches in your criminal or pure persona.? Is this the same deity that  Peter Sutcliff, the Yorkshire Ripper thought ,had  instructed him to slaughter all those unfortunate women, he murdered around Leeds, Yorkshire,  in the 1970’s? I suppose it’s the same deity that Stalin and Hitler would find themselves shuffling their feet before and looking sheepishly around for excuses as to their disreputable behaviour during their lifetimes in the 20th century..

None of this thinking really  stands up to much scrutiny does it?The all-knowing and all -controlling  transcendent judge who already knows all the answers inside out , making these silly, just -dead humans ,sweat in his glorious  transcendent presence. Especially when he knows all about it already.He ‘s supposed to know all the answers already , having supposedly  set the whole bloody mess  in motion , after all.

Of course, then again, in clearer thinking mode, this omniscient astral  absolute,   may be  simply a made -up creature , a figment of imagining, in which case all bets are off and we’re just left with a lot of humans  scratching their collective heads ,who have  no real  idea at all.That some of them can bake cakes and sing ,is all very well and good,  but when they  actually  start believing  that any of that  dreaming and  their fantastical imaginings has anything to do with their business and the exchange of coin for service…..it really  doesn’t bode well at all.They are bound by certainty  to eventually fall foul of the law.

If any of us formed a religious grouping or a cult  that stated that all cakes are evil and a sweet abomination to the health of any  chaste body and  also declared that all bakeries carried the mark of a satanic goblin and as such , should be banned from the high streets for the universal  good of the fast -growing  tribe of the   obese …well the authorities might just declare that there was  a whiff of insanity in the air .

You see you really can’t have it both ways . There is no problem with having or not having a religious belief if that is what your life requires; you should be allowed to believe in faeries , aliens or ghosts ,if you want to  , but if that belief does not inform an equality   Mission Statement at your place of work ,  or  if attempts  are made to overturn sensible civic laws, you really are a specialist case who may only  be able to trade to a very specific few who possibly share your views ….but really , you cannot provide a service for all the public out there .In that respect you really cannot run a “public business” on those terms. You are really a  private , specialist club.There cannot be special cases  within the public realm ,if there is to be a fair society, especially if the prospective customers have broken no laws.

The bottom line is that there are some individuals out there , who because of the  strange beliefs they hold dear, and are entitled by law , to hold, are in themselves, unsuited to actually run a business because of those views .They would be better suited thinking of a different kind of employment , or at the very least ,forgetting about printing any kind of slogans on any cake . I’m sure the cake will taste every bit as good anyway.

Now that might be the compromise between fantasy and reality that they are groping for..  The world  really  does not revolve around them, and them, alone, but if it must , let us all eat cake without the sloganeering..

23 Responses to LET THEM ALL EAT CAKE by Harry McAvinchey