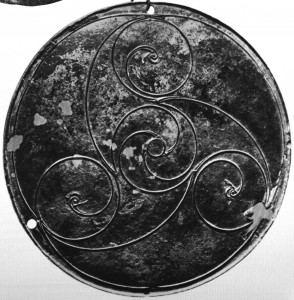 The Ulaid were the  ancient kings who  gave their name to the province of Ulster. The first part of the name “Ulster” comes from Ulaidh; the latter part of the name (“ster”) comes  from English and Irish tír (Ulaidhs tír) or  possibly the Old Norse word  “staor”, which apparently  means “land” or “territory”. This is all back in  a time aeons ago,  before  part of it became known  colloquially ,to some of us ,as the strange ,  looking-glass world of  “Norneverland”.

We all  should know by now , that it is more complicated here  than simply two tribes going at it hammer and tongs against each other. The Planters against the ancient , native Celtic Gaels. Shouldn’t  we? The Protestants against the Catholics. The British against the Irish.The actual truth points to the fact that it was always a lot messier than that in Ireland and Europe. In Norneverland, Ireland  and Britain generally,  it is probably even more complex ,now that we have inhabitants blowing in from all over Europe, the Middle East and the East. Now we have Russians, Romanians, Italians, Indians, Chinese….it can only get more complicated.We have more ex-patriot Irish living in America than those  currently inhabiting the island of Ireland itself.  If they all decided to come back , we might have nowhere to put them… We , in our present-day,  are really only one little episode in  a time-spanning  story of  gradual changes througout history.

Recently scientists in” Nature” magazine have been writing about “the Two Tribes of Ulster”.You’d immediately assume that they might be talking about the indigenous Irish and the Plantation Ulster-Scots or the Nationalists/Catholics and the Unionists/Protestants. That’s not the case. These factions are really only a tiny blip in terms of time .In the Nationalist mindset, the British have always been the outsider   villains of the piece , supposedly having stuck their noses into Ireland’s affairs some 800 years ago and causing the Gaels to fight back right up until this present time, in an ongoing struggle .The poor, besieged natives were apparently  stripped of their  natural Irish identity and colonised by the invader. It was never that simple of course .The “British” connection is really only a footnote in the much-longer , ongoing saga .

Let’s go back apiece….. Some hundred years before Jesus was even a twinkle in his daddy’s  eye things were different in Ireland.The Celts had already been smelting their iron for some thousand years. “Celtic Ireland” became part of a culture that had finally spread to it  from further afield.

Emain Macha or Main Macha is now called  “the” Navan Fort, just beyond Armagh City. It has been modernised as an historical tourist site and is now basically a round earthern mound with an itegral  tourist centre , but  in the late Iron Age it was the royal seat of the Ulaid, who were , locally ,a major force during their kingly rise to power in Ulster.This makes the Armagh site   the most important   such site in Ulster. The most famous king of the Ulaid was a fellow called  Connor and the  most legendary warrior  was Cu Chulainn…the near-mythical “Hound of Ulster” .The way we enjoy telling a yarn , we’d all be best advised not to take anything handed down mostly by song or word of mouth, in the oral tradition,  as the whole unvarnished truth. Bits of the stories might be true but most of it is doubtful  or at best, imaginative storytelling.

Navan Fort was a huge construction for its time , some 100 or more years AD; bigger than it should be expected  for those times. It was unusual  and  the events that took place at the construction of Navan Fort were extraordinary ,too. This  thatched, cone -shaped  building was  immense and circular in shape,constructed some 140 odd  feet  in diameter. It was made from a series of circles of progressively taller wooden poles,.This was a huge building by  Iron Age standards, but even stranger was that ,not unlike the recently burned  Burning Temple “art pyramid” in Derry, this building appears to have been burned and demolished shortly after construction .It was then covered over with a mound of local limestone and buried under the earth.

Apparently , like a nugget from a Sherlock Holmes mystery , the remains of a Barbary Ape were discovered on the site .This was a creature, that back in the mists of time , had somehow  found its way from its native North Africa.There has been speculation as to how  or why this  may have occurred ,but it appears that there was much  far-flung  movement of peoples ,travel and communication, even back then. Races were mixing freely across Europe, so there would most likely have been some visitors besides , say, the  Vikings and earlier, these Celts. It has been speculated that in earlier times , most of the island’s  farmed livestock was brought in gradually ,  by boat from England , because animals such as cows , were not native to Ireland .

The Celts really were foreigners.They blew into Britain and Ireland  some 500 years before Christ was born .Think of it in terms of way back in the fifteenth century from now in terms of a timespan. It’s not so long  ago, really.These Celts  developed in Central Europe, in the Alps as the Bronze Age drew to a close. These were the true Iron Agers and brought their new metal -working skills  to the areas that are now  Germany and France and basically eradicated the bronze Age culture with their new foreign ideas and ways of working this strange new hard metal. They changed  a  complete culture in Ireland and set up their own, in its place , very quickly, so they were not really a totally  peaceful people.It was the Greeks who called them Keltoi, which they called all the northern tribes, but the Celts themselves might never have called themselves that at all.They were the masters of the new iron and would be top- dogs until the Roman Empire came along and attempted to control everyone from Palestine to England.No one knows if the Celts arrived gradually or more sporadically like the later Vikings , but unlike the Vikings, they must have had a huge influence.

The Romans didn’t bother to invade Ireland. Like their relationship with the  Picts in Scotland , they probably thought it would be more hassle than it was worth.

But back with the modern scientists and “Nature” magazine ..the wonders of the relatively new  DNA  knowledge  has revealed that genetically there is actually  no exact  group of Celtic people  running through our family  timelines , joining up the Celts  in Cornwall ,  Wales and Ireland.  We like to think that the Celts are all of a very individual  genetic pedigree , but it doesn’t appear to be the case .It has been  found that people in Northern Ireland are easily  divided into two tribes – and both of them spread across the Irish Sea into Scotland.

DNA testing has uncovered two very distinct genetic  groups living  in  Northern Ireland. One of these are  genetically connected to  people living in western Scotland and the Highlands, while the other shared genetic links between people in southern Scotland and southern England.The two distinct tribes point to  firstl ,the kingdom of Dalriada 1,500 years ago; the other connects back to the more recent  settlers of the Ulster Plantation. It would seem that every one of us is a blow -in of some sort. You only have to go back far enough to find our original starting point. It’s right there in our blood and bones.

There appear to be genetic similarities to people in modern day Belgium, parts of France and Germany, which suggests that these are the  common ancestors in our  mix throughout Europe .Where are the ancient Celts in all this scientific sleuthing?….. you might ask.Well it seems that the Celts are really all about a set of traditions and ways of lifestyle rather than an actual  genetic grouping or an individual “race” , connecting back through the ages. They don’t actually appear to be a “race” at all . They’re more like a tribe of like -minded New- Agers ,or hippies , who shared a lifestyle and spread their new  ideas  throughout the known world as they travelled.

View all posts by Jude Collins →
The abuse of children. And teachers.
THE ONE COLOUR RED by Randall Stephen Hall