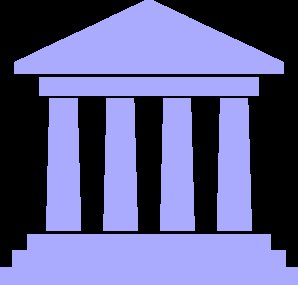 I just don’t think so….I’m asking myself the question after Jim Wells , our Health Minister , abandoned ship in the wake of the homophobic mess he created. The question I’m asking myself is “Are the DUP really fit for government in these secular times?”

This being the 21st century ,it  is a radically different place to live in  than it was even some twenty years ago.People talk about the “olden days ” as being simpler times .They were in many ways, for those with little understanding of technology or how all the scientific discoveries that were base household items actually came to exist. Most people still have no idea how a computer works …how a television works..how an engine works, how electricity works, how they put a man on the moon or sent a spacecraft to Mars .They simply accept these things that would have been deemed magical in earlier times…..during  virtually every one of the 21  centuries since the time of Jesus Christ. They are not magical , of course .Every one of them is the result of scientific study.

Back in the 1960’s it was more tribal .People all watched a few television channels …a few wireless  stations {I almost said “radio”…but no , it was only called “the wireless”}. A handful of newspapers and local gossip were the only news, so generally most people were reading from the same few pages.They were literally all on the same cliched page.

That was a world of long-ago though.That was even the world we lived in  when the Civil Rights campaigns started out in the 1960’s.Something as innocuous as “One man , one vote” was fought over as being somehow revolutionary.We take the vote for granted now. There have been many changes since then, especially in communication, aided by the influence of a  vast internet, so that is not the same world we now live in. We are all on different pages.

Now it is a world of many tribes and many individuals and politicians and political parties have had to take heed of those changes. Many have evolved to accept the change  but a few are strugggling. One of those is the Democratic Unionist Party. Within their ranks they carry a sizeable swathe of people who have been unable to keep up with the fast-changing requirements of life in the modern world .So far their ancient  religious beliefs have hamstrung them.Their support base appears never to have heard or accepted the very evolutionary theories that the entire modern world is actually based itself on. The medical,scientific and engineering advances that all have their base in the close study of our world are accepted ,but  cherry-picked to  only suit their conservative worldview.They enjoy the benefits of the modern technology but have no idea how and why they evolved.The medical advances in surgery  and understanding of blood,  genes and the DNA helix are taken for granted without any notion as to what that means to them, their connection to every other plant and animal and their human  history on earth.

Not to put a fine tooth on it , many do not believe in evolution and believe that Biblical stories are the actual unvarnished truth and a  history of the world . Given that many of the stories they believe in were told to and by people without the wherewithall to understand the actual workings of the earth and its universe, you’d imagine that there would be huge gaps in their education. Well there are .It is those educational gaps that are causing much of the conflict with the modern world. Some even talk of sexuality as being “a life-style choice” that can be somehow fixed and made right.This is nonsense, of course as anyone with a homosexual child will easily verify.These people think along those lines because their own  entire lives are based on a form of familal indoctrination, from birth. They read it  in their bibles or hear it in their churches . They think that a similar “education” will change a person’s sexual identity.As politicians , they either actually believe this or they are hypocritically pretending to , to garner votes from those who do.

Mr Wells is only the latest Health Minister to fall foul of science and a form of personal  bigotry.His predecessor Mr Poots had similar problems.He believed that homosexual blood carried a contamination and he  didn’t want to allow it into the country. Very basic science could easily prove otherwise but he used this fear to blast the homosexual community. The DUP have a long history with problems of supporting equality.Their leader , Peter Robinson, has stated that he has no problem with homosexuals and that his party has no problem with them but in reality many of his party have used their religious teachings to attack this group. They have, of course  also insulted Catholics, the Irish and the Muslim community within this past few years , so you might think it’s par for the course. It is possible that their belief systems  are making it impossible for them to actually govern an entire community of differing individuals in a fair way .They don’t seem capable of understanding logically , what fairness and equality actually entails.There are even some in this party who believe that homosexuality should be made illegal.

Most of that  hinges on a belief -system that has no basis in logical reality of any kind.It will be interesting to see  who they will come up with to fill the space vacated by their Health Minister. Going on past choices I will not be waiting for any kind of  open-minded miracle.

View all posts by Jude Collins →
So who’s going to win?
The DUP and referendophobia

12 Responses to ARE THE DUP REALLY FIT FOR GOVERNMENT? by Harry McAvinchey