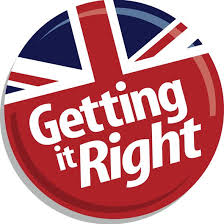 Oh dear. Oh dear oh dear oh dear. If the DUP had gone into a huddle and said “Right guys, let’s think of something that’ll make it harder for any UK party to go into coalition with us. Mmm. Let’s see… Sammy – could you say something about evolution?…Nah, doesn’t have that zing. Edwin – gay blood – that would be a nice one. OK, hold onto that one while we check for other …What’s that, Jim? You figure you have the very thing? …Right. So you’ll  say gays raising children is putting them at risk – Wow. That one has legs….And you plan to ram it home by giving a couple of lesbians a mini-lecture on morals – hey! That sounds the very ticket. Well done, Jim. Sorry, Sammy and Edwin. Another time, maybe.

Far-fetched? Mmm – maybe. But when Big Jim said that about the gays and children, he must have calculated that a good number of his audience on the spot, and the wider electorate out there, would nod and say “Good man,  Jim. We can’t stand them either. And as for leave children in their clutches – appalling! You get my vote, Jim. Now and forever.”

The encouraging thing is that so many of his audience leapt on it immediately and denounced his statement. I’m assuming – maybe wrongly – that the bulk of his audience were DUP -sympathetic people. To think that they rejected Jim’s time-frozen take on gays suggests that the electorate is ahead of the DUP on this one. I say the DUP because Peter Robinson came out in support of Jim  – remember? So it’s no maverick that’s done a solo run. The leader of the DUP thinks he’s just fine as a minister.

And the rest of the DUP? Well now – that’s the question every journalist and every voter-on-the-doorstep should be asking of DUP candidates: do  you agree with Jim Wells or do  you reject his views as out-dated to the point of blue-mould? Maybe start with Nigel Dodds, who sees his re-election as vital to the well-being of North Belfast. So Nigel: would you agree or disagree with Jim’s views on gays? None of the toothy smiles, none of the shouting down – just a simple agree/disagree question. We’re waiting, Nigel…

23 Responses to So tell me, Nigel…