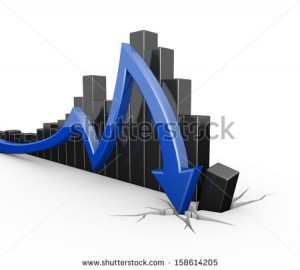 As people who visit this blogsite probably know, I lay claim to be among the top five worst predictors in the universe. I could no more number-crunch and come up with a sound prediction than I could spend a pleasant evening with the Doddses comparing mushroom-growing techniques. If it’s “What’s going to be the state of the parties post-election?” you’re asking, maybe try up the street.

The question of “What’s going to happen now?” was one that was asked again and again in the early days of the civil rights movement and civil disorder that followed. People would assure you that Event A  would lead inevitably to Event B. And guess what? They were almost always wrong. If you go to Paddy Power right now you’ll get odds of 1/9 on Dodds and 4/1 on Gerry Kelly.  For South Belfast you’ll get 4/7 on Alasdair McDonnell and 11/4 on Jonathan Bell. Since they say the bookies always call it for real,  Gerry Kelly and Jonathan Bell should just pack up and go home now – it’s not going to happen. And Tom Elliott might want to do the same in Fermanagh/South Tyrone: Michelle Gildernew is at 2/5 and poor Tom is at 7/4.

Except not even the bookies get it right every time. Things happen. Ask Peter Robinson five years ago and he’ll tell you. Things can look comfortable and next minute you get this gigantic bite in the bum. A candidate can come out with something that’s a total turn-off, damaging not just him/herself but their entire party and their chances. Ask big Jim if you don’t believe me. Alternatively, candidates can be so cautious in what they say, the electorate gets sick of their clichés and say-nothings. Ask Nigel Farage, he’ll tell you.

So am I going to predict victory or defeat for one candidate over another in any constituency? Not a chance. And if you think that’s excessively cautious, why not give us your prediction and back it up with, oh, say  £20 and the odds you’ll offer,  let’s see if there are any takers.

24 Responses to So who’s going to win?