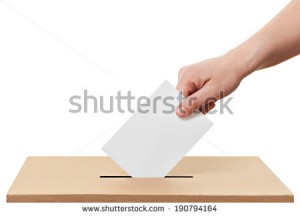 Well, last night’s TV debate was a fractious wash-out, but it did sluice into the public debate one important point: the DUP don’t like referendums.

You’ll remember Arlene Foster’s response when there was talk of a border poll: “Be careful what you wish for” she warned those seeking one. In other words, if a referendum were held, those seeking abolition of partition would be soundly defeated. Fair enough – she’s entitled to believe that, and who knows, she may have been right. But being of that opinion, and being a politician, why did she not go with it and put it to the people? Maybe because she suspected that the DUP could get a nasty shock. Not too many people are saying that a referendum would have produced a majority for constitutional change, but maybe it might have started a debate. Look at Scotland: the SNP were defeated in the referendum and within a few months the number of party members had increased five-fold and Nicola Sturgeon is the most popular party leader in the UK.

Last night, Martin McGuinness proposed a referendum on gay marriage, similar to that taking place in the south. Naomi Long of the Alliance party said well yeah,  the SDLP’s Mark Durkan  said he’d go with it. Both the UUP’s Danny Kennedy and the DUP’s Nigel Dodds said no. Why was that? Why is it that only the unionist parties are opposed to letting the people decide this contentious issue? Well, maybe because they suspect their position will be rejected by the bulk of the population. Which in turn, rather than going the Nicola Sturgeon way, might show how the tenor of our times, the zeitgeist as they say, the public mood and direction is moving further and further away from the unionist position on things, especially the position of the DUP. When you’ve lost not one Minister for Health for going with his party’s line but two,  you might start to fret that a referendum could open the eyes of those who have yet to see. What’s that, Virginia? King Canute for next Minister of Health? Well indeed why not. I always suspected he was a DUP member.

24 Responses to The DUP and referendophobia