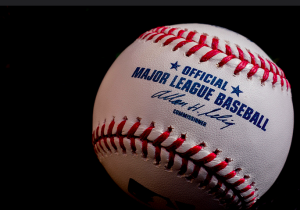 A:  I can’t understand half of it.

A: Or even  quarter.

B:  Quarter of what?

A:  This Welfare Reform thing they’re talking – or rather disagreeing about – up at Stormont.

A: Well I don’t understand it.

B: I didn’t mean to suggest it was easy to understand; I meant I can understand that you might be confused.

A: Can you defuse me?

B: And there’s an innocent man sitting in the corner.

B: Nothing. He’s innocent. Just sitting there, twiddling his thumbs. Or reading a book.

A: What’s the title?

B: I have no idea…OK, he’s reading a book called Local Government and Other Thrills.

A: Sounds interesting. So there’s me and this man reading Local Government and Other Thrills. No one else?

B: No…But look – the door of the room has opened.

A: That someone’s coming in. Right?

B: Right. It’s a man. And he’s carrying a baseball bat.

A:  Ah.  A coach of some kind.. Maybe going to instruct a  kiddies baseball team.

A: Does he say anything?

B: He does. He points at you and  speaks.

B: “Take this baseball bat!”

B: You do.  Only then the man says something truly shocking.

A: Give it to me straight. I can take it.

B: He says “Take this baseball bat and thump the living daylights out of your man”.

A: He’s referring to our book-reading friend.

A: Because I’m not going to give a defenceless man a thumping with a baseball bat.

B: You’re sure about that?

B: Even if the man speaks again?

A: What’s he saying this time?

B: “If you don’t go over there and give him a proper thumping” he’s saying, “then I’ll call my older brother.  He’s twice as vicous as me and he’ll give your man double the thumping”.

A:  The rotten brute.

B: Indeed. So are you still going to sit idly by?

A: You mean  am I prepared to attack an innocent man? You’re dead right I’m not!

B: But if you don’t, the guy with the bat will call his brother and he’ll get twice the beating.

A: Well, that’s a matter for him. It’s just he needn’t think I’m going to do it for him.

B: But you’ll just make things far worse for your man with the book if you don’t.

A: No I won’t. I won’t be making anything worse for anyone. He’ll be making things worse for your man with the book….But what’s this got to do with the Welfare cuts thing in Stormont?

B: Think about it.

B: OK. A hint: your man with the book is the most vulnerable in our society.

A: He is?  And what about me and the guy with the baseball bat? And his big brother

B: Think about it.

A (Face brightens,  slaps  forehead).Ahhhh ….I see! Now I see it. Your man with the book is the most vulnerable in our society, the baseball bat is the cuts.

B: It’s OK, no need to explain. I know about it already.

A: You do?…Of course you do.  And when you think about it, any fool could see what’s happening. Or being threatened.

A: But not so good if you’re on the receiving end of the baseball bat…Thanks. You’ve helped me understand. Brilliant.

B: But ultimately depressing.

A: You can say that again.

B: But ultimately depressing.

A: What a creep.  And trying to get me to do his dirty work for him, too.

A: And a bloody hypocrite.

A: Maybe we should give him a bit of his own medicine.

B: I’m afraid that’s not possible. Is mor an trua sin.

A: If you’d music you could sing that.

A: Is there an Irish phrase for “Vicious bullying bastards”?

23 Responses to Baseball and welfare cuts