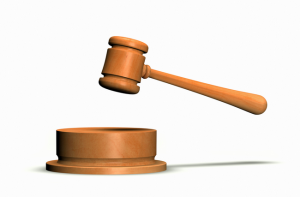 Sometimes you need a good laugh and yesterday the south’s government provided it. They have, they declared, after mature reflection, decided to sell their 25% share of Aer Lingus. Fianna Fail told them in effect they were a bunch of arses; Fine Gael responded by pointing out that Fianna Fail sold off 75% of Aer Lingus. Tweedledum hits Tweedledee on the head with a saucepan, Tweedledee responds with a frying pan.

This sale, we’re told, will be really good. The Willie Walsh lot (IAG) are going to give the government lots of money AND they’ll give them assurances/guarantees that they’ll be nice for seven years. Seven years!  Sure what more could anyone want? And Willie Walsh is an honourable man. They are all honourable men, with the best interests of the workers in their thoughts and hearts.

Will there, as so often happens with buy-ups, any job losses? Willie was very clear on that. There will be.  But hold!  Good news on the way. Aer Lingus jobs will be lost but there will be 650 NEW jobs. Probably. Some time. According to projections. And if you can’t trust a projection, who can you trust?

One of my sons used to have a similar accounting system, involving alcohol. He had located a pub which, for every three drinks you had, you got another one FOR FREE! So obviously, the more you drank, the more you saved! What a brilliant system.

Sure George Orwell and his War Is Peace were  only in the half-penny place behind Enda and his Gang. No wonder Pascal Donohoe looked so happy being interviewed on RTÉ the other night.

A state, a state, anyone interested in buying a state?…What do you mean, a state what, Virginia.  A state nothing. Just a STATE. Going cheap, by the way.