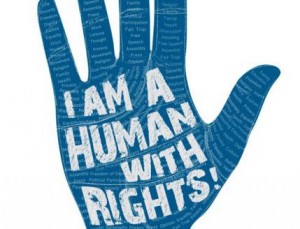 It’s a sad fact that in Norneverland  the deal we all made to provide peace wasn’t really wholly supported by everyone. Unionism generally feels it was something of a defeat for them.They weren’t quite sure why that was but they would have been much happier had they been able to finish the process with a nice clean kill, instead of all this messy deal-making. That went against the grain a bit.Their preference for an end to the conflict would have been a good solid defeat of Nationalism  and especially republicanism by the force of the British troops, the RUC  and the various alphabet armies of loyalism that many pretended not to support but did so by word ,deed or simple silence.It appears that even the very  forces of security were compliant in the unlawful killing of many of its  own citizens using or misusing guns from their own armouries or the armouries of the enemy.

There’s a lot to still chew on, but by the actions of the unionist political parties since the various agreements were put in place tend to signify that there was ,in reality , very little “agreement” at all and there appears to be very little of a meeting of minds in our local government.The fact is that many of our ministers can barely talk to each other .Many have not even that simple social grace in their gift- bag. Many are openly insulting to each other.

The perception is that unionism was steered into an agreement  they had no real interest in and would have prepared to have simply defeated their notion of “terrorism” and rolled society back to some cosy past of their imaginations when they had undoubted power over all that they beheld. Human Rights and justice  in Norneverland were something to be cherry-picked  and were suspended under such things as “the Special powers Act” anyway , under which totem all bets were off and the civil authorities could do any damn thing that they liked.That was the way unionism really preferred  if truth be told.Anything else makes them feel  vulnerable.

Let’s take a look at the background of this act.It was called “The Civil Authorities (Special Powers) Act (Northern Ireland) 1922″ and it really was a piece of work. Lest we all forget , those of us who were born well before ” the Troubles” began, actually  lived through some of its outworkings.The Act was eventually repealed by the” Northern Ireland (Emergency Provisions) Act  in 1973, following the abolition of Northern Ireland’s parliament and Direct Rule was imposed by the British government when “society” broke down here. Let’s face it , Unionism didn’t like that idea either. They were quite happy with an act that allowed them to do anything they wanted .They’d messed up though and Direct Rule was put in place because they were seen as unfit to run the place any longer .

Nationalists, as malcontented ingrates to the new disposition that had been cobbled together  in Norneverland to suit a unionist agenda , had been abandoned to the outworkings of this Special Powers Act  under  which The Home Affairs Minister was empowered to make any regulation felt necessary to preserve law and order in Norneverland. Any who broke these regulations could be sentenced to up to a year in prison with hard labour, and in the case of some crimes, whipping. Yes ….whipping! Remember  too that at the time , hanging was still on the agenda.It’s not so long ago, folks.A special court with no jury)was enabled to hear cases involving such crimes.The Home Affairs Minister was also permitted to forbid the holding of inquests, if he felt this was required to preserve order and peace. So it was basically a dictatorship we were dealing with in all but name. .Had there been gulags or salt mines  available, they would have been the destination for any of these ingrates who didn’t agree with the shape of things. Meanwhile below the new line  they’d drawn on the map, in the south  they danced at the crossroads and got on their knees and prayed and left well enough alone for the most part. The nationalists beyond that line could either like it or lump it .

It has to be said that unionism in Norneverland thought all of this was a pretty good deal and the UK government turned a blind eye for many years …..

“Human Rights?” ..None of that sat very well with either conservative  or Norneverland unionism. Many still preferred a good old hanging , after all …and still do. They all thought there was something a bit too left-wing about it all…These human rights. They thought of it as a licence to protect malcontents  rather than  as a built -in  protection from a state’s excesses.

Of course that’s where “Internment Without Trial ” came into the mix.It was initially used exclusively on Nationalists, who were locked up wholesale in 1971 and abused in any way that the powers that were ,saw fit. It’s all well enough documented.

Now we have rumblings from  our new Conservative ,millionaire masters, that they ‘d rather not comply with European  Human Rights legislation and would rather cobble together their own little version . The fly in their ointment is that The Belfast or Good Friday Agreement committed the UK government to incorporate the European Convention on Human Rights into Northern Ireland law, with direct access to the courts, and remedies for breaches of the convention. That is now seemingly up for grabs .

Didn’t unionism always want to re-negotiate the Agreement anyway? They were never happy with it .They  too feel it is all a bit too left-wing for their parochial tastes and it meant too that everyone was protected from the state .They would rather that all those malcontents hadn’t that same protection , so in this they are on the same page as this new Conservative Government. Between them, not only are they intent on bringing down the Health Service but they are also intent on rolling back the hard-won legislation that is a cornerstone of the Good Friday Agreement.

The Conservatives are ready now to turn back the clock on any gains that have been made in this past  twenty years or more. Unionism will probably hold their hands  every step of the way.

5 Responses to HUMAN RIGHTS IN DANGER by Harry McAvinchey