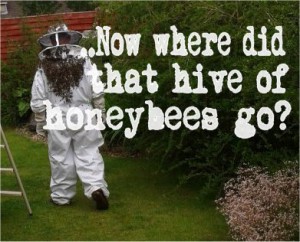 It’s so green outside . You might say…”What of it…it’s Ireland …What else do you expect? Well , alright . Ireland is really green . There’s no doubt  about that. It’s a thing you really only notice when you leave it and return , maybe marvelling at the sheer “greenishness” of the place from the descending aeroplane. That patchwork quilt below, made up  of all kinds of greens spread across the land as though knitted, sown and patterned together to cover a land deep in slumber ….limes,mints, opals, olives, apple green ,avocado ,fern green…sage .. viridian… myrtle …what was that one when I used oil paint?….Hooker’s Green….. so many greens aglow.This is something else , though.Preternaturally green, really….Enhanced green, maybe.Well I suppose I couldn’t really be surprised because it’s been a really wet April and May seems to be following suit.The grass is heavy and juicy with all that moisture.I can see some of my honeybees lapping up the moisture on blades of grass.Their wee tongues sticking out.

But ….it’ really is shockingly green out in the garden. Whatever way the light is hitting it with the sun glinting after all that rain.Then there’s the wind . The wind is soft.It’s blowing at a powerful rate of knots  through what’s left of my hair, but it’s  uncommonly warmer than it has been for several weeks. Maybe that’s why the honeybees are acting  a little strange. They pick up on changes in the climate very quickly anyway.Thunder clouds excite them nearly as much as  cologne or perfume. It’s best not to bother with them at such times especially  after you eaten some garlic bread or a spicy curry.They’ll pick up on your menu and  come to investigate .Sometimes their curiosity, or possibly, anger, can get out of hand.That vindaloo you’ve eaten, emanating out of your warm pores, might just set them off if they’ve nothing better to  do .They like their air clean. They’ll even smell the beast hidden in the  leather in your watchstrap and suspect you of some nefarious mission.

Normally  I could hunker down without any protective clothing, or even a veil and watch their fascinating comings and goings without any bother, especially if the sun is shining brightly and  they are busy with their usual tasks.They’ll usually make their comeback quite steeply because the surrounding fences don’t allow them to slip in on a low dive. Doing otherwise  runs a risk of collisions on the lawn and that can only end badly. Each hive will have a different pattern. Sometimes a guard sentry bee can become something of a stalker and harry you away by chivvying and dive-bombing your face. It’s best to get out of their way at those times.Of course they can still get into a tangle by accident , flying homewards with a full load of pollen on board  and their steering skills right out of whack.You might be the object that impedes their homeward trajectory. You can get stung like that too , if they get caught in your hair. Some bees can be very gentle…. then suddenly , if the weather changes or they don’t like the sound of a lawn-mower or a hedge -clipper, they can get defensive.Sometimes , though, there’s really  no right time to inspect the beehives .The weather might be bad when you’ve got the time ,so you have to suit up in your veil  and boots, light up the smoker and get on with the job. Sometimes some cool smoke will calm them but then sometimes they’ll not respond at all to it as it blows away in the breeze or a  hot flame blasts out of the spout, unheralded, instead of smoke,  and  they come at you in an angry vexatious  cloud.You really have to read their mood with some care  ,just as you’d read a dog’s demeanour.Sometimes it’s best to just wait for another  warmer day. A sting mightn’t be much bother but it can be irritating for a few days.

It’s sod’s law ,that the  very minute you have to disturb the hives , that’ll be the very same moment that your good neighbours will decide to  cut the grass or have a barbecue and invite all their friends and relations over to their back garden for a party with all the ensuing mayhem and noise involved..children running about squealing and carrying on….What could be an uneventful half hour, once a fortnight, could quickly turn into a Bedlam. It’s all about timing….

Anyway , I had to do an inspection sometime and I’m glad I did . I haven’t had a chance for a few weeks and in two of the hives they’ve been very busy, but not in a good way. They can get on with their jobs without anyone’s input and sometimes that just  does not suit the beekeeper at all.. Let me explain to all you non-beekeepers out there. I’m no expert, having taught myself how to do this, on my own , over several years, but then again, most beekeepers are like that in one way or another ; they  might start with a few pointers  but  they all learn by every mistake they make that every rule can be broken and everything they’ve read, heard or have  seen  about honeybees is only the half of it.They all have theories about what the best approaches are and nearly every one of those plans is unique.

We’re not dealing here with a domestic animal like a chicken .This  is a wee wild creature with rules of its own.Us humans can only rub along with it because it is so important to the survival of our ecology .Never mind politicians yammering endlessly , the  wee honeybees are much more important than any of them .Well they ‘ve managed to keep the earth alive for some billions of years , after all.They just don’t make a song and dance about it. We’re slowly beginning to realise our dependence on them for our own survival.

A  modern man -made beehive usually consists of a large “brood box” which contains the queen and her colony and when the colony grows to such a size that the brood box is full , the colony will need more room to expand .If you want to give them more space you can add another brood box or maybe a narrower box called a “super box” which is usually your honey box.If the colony is particularly successful at filling the space , they’ll either want to split in two and swarm off to create another colony  or they’ll merrily fill any new space you supply with stores of honey.The super boxes are narrower  in profile ,because if  it was the same size as the brood box and one of them was  full of  sealed honey comb you could put your back out lifting it.As it is , It’s like hefting a heavy crate. To stop the queen laying eggs in any new additional   super honey  boxes she has to be barred from going there by separating the two boxes with a sheet of slotted steel called a queen -excluder.This piece of equipment allows worker bees in to fill the box with stores but the larger queen cannot get through the slots because of her longer egg-filled abdomen.

Because my bees swarmed last year and divided into several more colonies than I wanted , I decided to change from a “brood box  plus super box”  arrangement to  a “two brood boxes together” system. This is called  double- brood versus brood- and -a -half ,in beekeeping. The hope is that they won’t split and swarm for another while.

When I opened up two of the hives where I’d earlier made the changes,  it was to discover that somehow  two separate  queens had  managed to set up home in the super box above the brood box and had essentially moved the colony upstairs and constricted it in the attic with less space . .The queens had either managed to get through the  steel barrier into the smaller store  upstairs or  possibly the bees had created a new queen up there  from some developing brood.  They can do that too. That can happen if they think they need a new queen .You might end up with two separate queens in one hive. Either way , this is not a good situation.

All of this amounted to breaking down those two hives and shaking all the bees back down into the brood boxes, hopefully shaking the queens down with them. I hadn’t been able to mark these new queens with a dab of paint  , so they can be hard to find among the thousands of their offspring. If  I have been  successful  , any eggs laid in the super box will develop into new bees  and  make their way back into the main body of the colony . The empty cells can then be cleaned up by the bees and used for honey storage again.

That’s the theory anyway .Watch this space to see how they get on. I’ll have alook in another day or two….

View all posts by Jude Collins →
IN SEARCH OF AN AUDIENCE by Randall Stephen Hall
He’ll have to go?

3 Responses to IT’S GREEN OUTSIDE by Harry McAvinchey