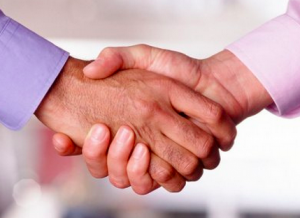 People – including Enda Kenny – were talking yesterday about how ‘Ireland’ (that’d be the twenty-six counties) has proved itself a bold, splendid, equal…I can’t remember the exact words but I got the general drift for sure…’Ireland’ had proved itself a wonderful ‘country’. Is he right?

Maybe. If we judge by the numbers of people who voted for same-sex marriage (a brief mention of that other referendum later), then the twenty-six counties is a state which has no problem of any kind with gay people – they are accepted as full and equal citizens. But that’s at the legal level. I wonder how true that is in what have been called the twigs and straws of life: the little encounters, the brief conversations, the passing glance. Is the south of Ireland totally free from homophobia? I suspect not. Which raises a question that was raised on BBC  Raidio Uladh/BBC Radio Ulster earlier this morning: do the big gestures like handshakes, like referenda,  impact at ground level?

As usual, Chris Donnelly got it just about right – he indicated that the hand-shaking of Gerry Adams and Prince Charles was a worthwhile event, but that we shouldn’t overestimate how it will change things on the ground. Indeed. That’s not to say these big events shouldn’t happen. Leadership means taking actions that set the pace, raise the bar, whatever analogy you want to use, for the rest of us.  It doesn’t mean that we instantly embrace reconciliation; but it does nudge that project a little bit further forward, and over time people gradually take their cue from that. Conversely, if leadership revels in division and insult and noli me tangere, then that’s what the general public who follow such leaders will feel justified in adopting.

The key thing about the the handshake between Gerry Adams and Prince Charles was that it set in view that very old notion: a good example. Likewise the gay marriage referendum success: it says that all discrimination against gays is a bad thing. That may take a long time to filter down, particularly to those whose minds are closed to change. But the hope is that it will happen.

Mind you, we shouldn’t over-estimate example. There can be little doubt that Sinn Féin have been setting example after example of reconciliation in action over the past number of years. Has it filtered down into the unionist community? I hope so – though looking at and listening to their political leaders, it’s hard to believe. In fact there are an increasing number of people on the nationalist/republican side who are near to despair. If unionist leaders  have seen fit to reject all overtures, even unto a pleasant word or the odd handshake, and this has been going on for seventeen years, is it not time to abandon what is clearly not working?

Final point: the people who embraced (if that’s the word) gay marriage at the ballot box on Friday also voted not to embrace the notion of letting people younger than 35 running for president It’s not the most pressing problem in society at  the moment, but it does show ageism (this time against the young) in action. But nobody was squeezing into Dublin Castle carrying placards about that.

3 Responses to Leadership, referenda and when is it time to stop?