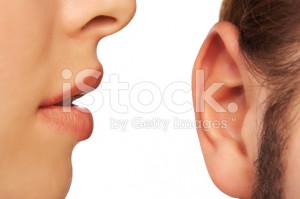 Maybe it’s an esoteric   reflection on the quality of the comestible fare on offer in the burger joint or maybe the waitress was tardy in supplying  the required  “Big Mac” in greater haste .Who knows? Whatever it was that prompted one diner to bite out a piece of his fellow-diner’s ear  in a  McDonald’s in Donegall Place in Belfast ,last Thursday, is a statement of some savage degree.Who knew that hunger could drive city -dwellers to cannibalistic acts in the heart of plenty?Apparently a 24 year old man has beeen arrested for grevious bodily harm and another has been left without part of his ear.Is civilisation already crumbling? I never could dine in McDonalds, myself ; I’m not a big fan, but I doubt that I would take my hunger to this kind of extreme action. Maybe it was a critique on the quality of the food.A man like that , with that kind of appetite really should learn the art of the five minute medium rare steak.It would save him a whole  lot of bother.

Elsewhere it has been a busy week in the wake of Minister Jim Wells being swept under the carpet to join all the other carpet -trolls ….like the story of  the new-build, illegal bonfire on land already proposed for a school sports day .Apparently these new -fangled gas- burner substitute bonfire  jobs haven’t got the same visceral blaze of the good old -fashioned, mattress, rubber tyre and pallet jobs that have sustained the celebratory pagan ritual in the past. I wonder will the already- granted public funding grant be kept or will the local council get off its knees and clear this lot of carcinogenic rubbish up before the children’s sports day..

Then there’s the Red Sky Scandal which slips off the tongue so busily.  It’ll lie there in the dark gathering fluffballs aplenty. Apparently our man Nelson McCausland can peer owlishly and myopically with his butter -wouldn’t melt in my Ulster-Scots  mind… and escape any sanction for  any housing Executive jiggery -pokery …because….well because he can’t be touched. Now isn’t that a novel idea . It seems to mean that there is no mechanism in place to sanction anyone caught with their fingers in the cookie jar.Oh …we can catch them .we can poke them and laugh at them …but we can’t fine them, ban them or otherwise lock the buggers in the stocks for the peasants to throw rotten fruit at. It could only happen in Norneverland …the Land that Time Forgot.

Of course Our Wee SammyWilson could be relied on to come out eyes ablaze with venom, to squeal that it was all a political witch hunt and was all politically motivated .What game did Sammy think he was playing besides a political one ?…Snakes and Ladders, maybe?

View all posts by Jude Collins →
The McAleese presidency and the Orange Order
OMG – Stephen Nolan is an atheist!

3 Responses to LEND ME YOUR EARS by Harry McAvinchey