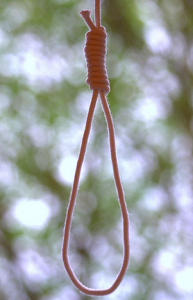 Elections: how do I hate thee? Let me count the ways.

1. Fermanagh/South Tyrone. An upset for Sinn Féin in a seat they were expected to nail down firmly after their last squeaky-bum win. Ex-UDR man and former UUP leader Tom Elliott won the seat with a comfortable 500-vote margin.  What have we learnt? The Orange Order is the card to play in Fermanagh/South Tyrone, if you put a Union flag on a donkey it can win, and the SDLP can give itself a pat on the back for having once again handed a seat to unionism.

2. North Belfast. The DUP and the SDLP seized on Gerry Kelly’s use of  the Catholics/Protestants leaflet to label him sectarian – and it worked. Mission accomplished. Even had the SDLP not run, Dodds would still have had enough votes to see him through. “We have exposed the sectarianism of Sinn Féin for what it is” Dodds told his whooping supporters. Is there a consolation for republicans? Well I suppose they now know what being churlish in victory looks like. Well done Nigel.

3. Upper Bann. All the dreams of young Catherine Seeley lie shattered as David Simpson romps home again. Even if Jo-Anne Dobson of the UUP had been tighter to him, Seeley still wouldn’t have won. But if Dolores Kelly of the SDLP had stood aside, Seeley would probably have squeaked home. But Dolores didn’t and Catherine didn’t. Again, the DUP winner was gracious in victory: he told his audience that the campaign had “slumped into the gutter” and that his family been abused in a “despicable” way. He also said it hurts when the DUP has a victory. He’s right on that last one at least.

4. South Antrim.  Danny Kinahan of the UUP unseated Willie McCrea. Kinahan spoke of being “ecstatic” on being elected (no, Virginia, that doesn’t mean he was on ecstasy) and praised the work of his predecessor. So now South Antrim has lost a right-wing fundamentalist guitar-plucking ‘singer’ and gained a man said to be of a liberal bent who was so gracious in victory, he found a way of saying that Singing Willie was good for South Antrim. In pretty sharp contrast to Willie’s speech when he was defeated by Martin McGuinness. Willie then warned the electorate that “If you lie down with dogs you’ll get up with fleas”. Stay classy, Willie. Bye-bye.

5. Did Sinn Féin have a good election? To quote one member of my family, “Noooooooooooooo!!!” They had five Westminster seats, they now have four.  Sound familiar? Yep – In the general election to the Dail in 2007, Sinn Féin had five seats and were expected to double or treble that number next time out. In fact in 2007 they lost a seat, causing Eoghan Harris to get reckless and make me a public offer of 10-1 that Fianna Fail would “mop up” those four seats at the next general election. In the 2011 General Election, Fianna Fail went from 77 seats to 20, Sinn Féin went from 4 to 14, and I collected my winnings. How much did I bet? £100.

As Sean O’Casey had a character say in one of his early plays: “God is good and the republicans won’t always be down”.