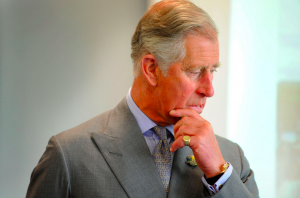 I’ll say one thing for Prince Charles: he has hopes beyond his station. He hopes to succeed to the throne (if his mummy lets him); he hopes to lead the charge against modern architecture, for alternative medicine, for the cause of the albatross, that the troublesome Diana will be forgotten and public affection transferred to the love of his life Camilla. The list goes on. But the one hitting the headlines is his hope that he can influence decision-makers.

What baffles me is why the decision makers/ministers receiving these letters from Charles didn’t either tell him to take a hike or reveal to the world  what he was up to. You say he’s got a right to his opinion, Virginia? He has indeed. But not to use his influence to pressure government ministers and the Prime Minister himself.

That’s because Charles is the Crown Prince. Yes, I said ‘Crown’, Virginia.  And as such, he is supposed to be above politics. Should  keep his opinions to himself. Not attempt to intervene in public matters. But then he’s had bad example from his mother. Remember when Scotland looked like it might opt for independence? QE2 was in there like a rat up a drainpipe,  saying how unhappy she’d be to see Scotland go  (and according to no less than David Cameron, purring like a  cat when it didn’t). So Charles has no qualms about  putting royal pressure on politicians regarding everything from the cause of the albatross to Patagonian tooth fish to complementary medicine. And he doesn’t give a damn if his backstairs manoeuvring ends in disclosure.

“ You kindly suggest that it would be helpful if I put them [his views]  in writing  – despite the Freedom of Information Act!”

And then there’s his concern about the internet:

“The frightening part is that people can be so radicalised either through contact with somebody else or through the internet, and the extraordinary amount of crazy stuff which is on the internet”.

Not half as crazy as a system that appoints its head of state through a genetic version of Russian roulette.

I don’t doubt Charles’s sincerity, and you can see he’s attracted to and can’t help sounding off on any number of topics. (A bit like myself, give or take a man to squeeze one’s toothpaste…) But don’t make the mistake of thinking that the public fund his life-style. They don’t. He pays for himself through the activities of his very own Duchy of Cornwall. And he pays taxes on what it makes. Mind you, when you turn an annual profit of about £19 million, you can afford to pay tax. Not to mention the comforting thought that your ma is worth around £475 million.

Let me be honest. I hope Charles keeps on writing letters and that they get leaked to the public. They’re a laugh. And to think that this man of many words , this demi-god will come striding amongst us, left hand in jacket pocket, within days! To coin a term: Wow.