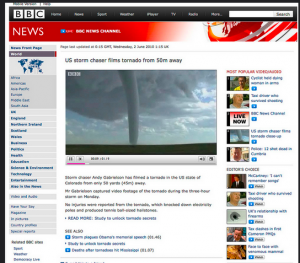 That Panorama programme last week could be seen, for several reasons,  as a Good Thing. It laid charges of collusion in many cases where innocent Catholics/nationalists were killed. And Protestants/unionists –  the Kingsmill massacre was included as an example where state agents were active. It also – for the first time I can remember – placed the loss of life at Kingsmill alongside the deaths of three members of the Reavey family who were shot  when the UVF broke into their home  Whitecross and three members of the O’Dowd family who were killed at their home in Ballydougan by the UVF. The killing of the Reaveys and the O’Dowds the day before doesn’t justify the Kingsmill massacre, but it sets it in a wider context that explains why it happened. Panorama  also showed former Ombudsman Baroness Nuala O’Loan making it clear that there were “killers and serial killers” operating with impunity in loyalist death-squads because they were protected and employed by the state.

On the other hand there were several things about the programme that made it for me a Bad Thing. It had as presenter Darragh McIntyre, who is rapidly morphing into a latter-day Fergal Keane. It’s  prejudice on my part, of course: but I simply find both men too well-fed, too well-groomed, too look-at-me-crusading.  I’m sure they’re both lovely people but I can’t stand them. I also found the use of dramatic background music almost insulting: as though the programme makers thought the bullet-holes and blood-soaked ground might not move us sufficiently on their own.

Lastly, I found myself asking the question ”Why now?”. The great majority of the cases highlighted occurred ten, twenty, thirty years ago. And there were lots of people claiming collusion. Did it never cross the minds of any of the professional journalists from the BBC at the time that this might be going on?  If it didn’t, what does that say about their professional competence? If  it did and they  sang dumb, what does that say about their personal integrity?

View all posts by Jude Collins →
Sepp Blatter vs Prince Ali: how could they?
Here come the southern cavalry!

29 Responses to That Panorama programme