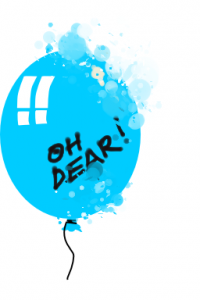 Is it safe to come out now?The election coincided with a very busy time for me . Isn’t it always the way that when the political world is in mayhem and pundits are jabbering away while acres of newsprint are being scribbled out  and the experts are dissecting the results,  while my head is in a whirl with another project entirely.It’s to do with cobbling together   some artwork for a display piece at the local  theatre, for a literary thing, later in the summer. That has consumed me .Anyway, I dare say we’ll all wake up on Monday morning with one arm the same length as the other and life will go on. The pundits already having talked themselves to a standstill…..

The Tories have won and Labour have been wiped out by the Scottish Nationalist Party in Scotland.All the talk about the DUP being “kingmakers” is so much smoke blowing away in this May wind now.The “Unionist pact” worked  in that  the DUP took back East Belfast and  the UUP took back Tyrone and Fermanagh.Now they are back to where they were some years ago and the pact is over and they can start fighting among themselves for another while until the DUP swallows the  UUP piecemeal as ambitious men gradually jump  ship.The “union” is in a more precarious position than it ever was with the surge in Scotland. If Scotland eventually leaves the union , the union will cease to exist anyway so where will that leave so -called “unionist” parties in Norneverland anyway? I’m sure the paranoia is growing already.They’ll soon be saying of the Scots…”themmuns get everything and we get nothing!”….

Is Gavin Robinson  the new MP living on the same planet  as the rest of us?….”going forward with someone you can trust… .” he said . He ousted Naomi Long of the liberal unionist Alliance Party from her seat and retook same for the DUP who appear to spend their energy going in a backwards direction in every sense. So , no instead of an eloquent  and forward thinking MP , albeit with a unionist agenda,  the people have voted in a man who has set out his stall in such an ungracious manner  and appeared so boorish in his acceptance speech that he alienated every  thinking person in Norneverland. There’s really nothing like a bit of grace ….a hint of of nobility. it really goes a long way.Has East Belfast got the MP that they really deserve ? Well , maybe they have . They obviously want to return to some Neverland of their dreams where all that matters is flying flags every day , painting the kerbstones red, white and blue, burning effigies ,building bonfires and marching all about the place in nice little uniforms, while in their daily life their constituency continues to slip down the drain and the free Health Service is dismantled right under their noses.

Naomie Long may be better suited using her undoubted talents in another sphere entirely, where her talents might be appreciated .With the likes of Gavin Robinson, they’ll get exactly what it says on the tin…an arrogant backward -looking MP straight out of the Peter Robinson  mould…walking backwards to the Stone Age at a rate of knots….

In the end , it would appear that many in Norneverland have been ground down by our politicians and their rancid little games, to such an extent that they couldn’t be bothered voting for any of them…even the good ones.The garden centre nationalists  have apparently stayed away in their droves and didn’t bother voting for anyone.So here we go. The  conservative English  are becoming more conservative , greedy  and nationalistic to the disgust of anyone who wants to save the Health Service.The Scots want little to do with them in any sense and will soon want another referendum to break away . Here in Norneverland the same old tedious game continues. This time the unionists have grabbed a seat from Sinn Fein which  has cheered them up no -end……for now.

I’m left wondering how Mrs White did in the whole ruckus…has everyone forgotten about her already?

View all posts by Jude Collins →
What does the Westminster election mean for Ireland? TUT talks…
One-hour warning…

2 Responses to THE ELECTION IS OVER by Harry McAvinchey