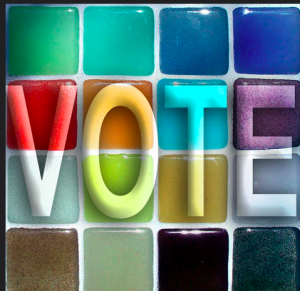 Well, sin é – that’s it. After what seems like months of campaigning, leaflets, TV debates and canvassing, this what the Germans call Der Tag – the day. Did the campaign change anyone’s mind? I suspect it changed a lot of minds. Whether it changed a lot of vote-decisions we’ll know in twenty-four hours time.

For me, three things stood out.

1. Hypocrisy.  The claimed disappointment/outrage over the leaflets in North Belfast, showing the percentage of Catholics alongside the percentage of Protestants. Would it have been better to talk about nationalists/republicans and unionists? Maybe – but the Census Office don’t do political inclination. So if you’re going to quote their figures, you can’t substitute your own title. Besides, we all know that we use Catholic/nationalist/republican interchangeably,  sometimes in the same sentence. The important thing about the Kelly leaflet was that it showed figures supporting the fact that for the first time, the North Belfast electorate have a real chance to eject Nigel Dodds. Remember  what people said about the look on Michael Portillo’s face when he lost his seat? Imagine the look on the face of Nigel Dodds.

2. Women(i) I interviewed two Sinn Féin candidates yesterday, both young women. I knew that Michelle Gildernew was a formidable politician: you don’t take Fermanagh/South Tyrone by four votes and not have a steely core. What do I remember from her interview? Funny enough, her comment on when she was eleven, and her parents were out of the house all hours, campaigning for Bobby Sands. Why were they spending so much time on this, she asked them.”We’re trying to save his life” they told her. I remember that.

3. Women (ii)  I’d never met Catherine Seeley before yesterday. I’d heard of her, of course, because of her intimidation out of her job in the Boys Model School in Belfast. And more recently I’d heard about the famous Roberta McNally reference to ‘that tramp Seeley’. But I hadn’t met her. Our interview took place during her lunch-hour – forty minutes, actually – from teaching. I arrived late (don’t say ‘Of course!’ like that, Virginia – it’s hurtful) and we then had two problems – find a place to have the interview and get access to wi-fi. No, actually three problems – the third, we’d nobody to do the actual Periscope filming. What struck me was the unflappable quality of this slip of a girl – OK, she’s twenty-seven. I was ready to pack it in and accept defeat. Nope – she calmly found a quiet place in Craigavon Leisure Centre, she got the guy to help us access wi-fi, and she pointed out that we could do the interview as a prolonged selfie. And what do I remember of the interview? The bit where she said she just hoped people would turn promises made over the past few weeks into votes today. Was there ever better advice?  As one of my sons frequently reminds me, when you come to die, it won’t be the things you did you’ll regret, it’s the things you didn’t do. So whatever your party loyalties: decide NOW to vote and deliver on that decision. This could be a historic day.