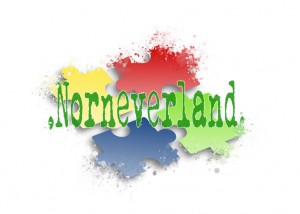 Jude Collins  has been tussling with a question on his video blog {vlog}.It amounts to the question that has many people stumped .What is the real difference in the politics of Sinn Fein and the SDLP or the SDLP and say Alliance? This  question has recently  shone in light of the Irish  Nationalist  losses in the 2015 election.Sinn Fein and the SDLP are both supposed to be parties whose aim is an eventual United Ireland….but are they really?

The real difference seems to be that the SDLP pragmatically   take their seats at Westminster in London where they hope to influence those with their hands on the levers of power , while Sinn Fein refuse to do that on the  principle that Westminster only has a say in Ireland because they originally took the whole place here by force and are still hanging onto part of it by dint of a lot of political scheming and jiggery-pokery. Is that it ? Is that all there is to it? I don’t think it is the case at all.

To be plain, if there was a single nationalist party, nationalist -minded pro-United Ireland people would have won several seats that they lost due to a pact made by the DUP and the Ulster Unionist Party. Many were shocked at this outcome , but they shouldn’t have been.Between them the unionists  outpolled the nationalists. The unionists got more of their supporters  to the polling  booths, either because they were well -organised, there were more of them ,or because nationalism is itself splintered into many shards….left -wing nationalism,  conservative nationalism and abstentionist, anarchic nationalism.

The unionists  turned it into a ” All Unionists versus All  Nationalists” and never mind the subtleties  or private moralities, or the dismantling of the Health Service.. They weren’t interested in that ..  The fact that  voting for the DUP would amount to support for Welfare cuts didn’t even matter to them. For unionism , it was all still about flying flags, in the end, but for nationalists it was about trying to tie the many splinters of nationalism together and fight the Tories on social issues and austerity.

You might find it strange that unionists would make such a pragmatic deal to bolster their identity.They seem so backward thinking in most things secular or worldly, but there you have it . They would rather eat grass so long as  it is British grass where they could fly their flags. They made their pact and it won seats for them. They are all “unionists” of some sort after all.They’ll  all get together  and agree on that much at least…even if they should starve in the process.

“Nationalists” don’t  appear to have that kind of cohesion at all.

Personally, I think what a lot of this revolves around is not whether or not people are “unionists” or “nationalists”. It’s possibly  really down to a perceived cleaving to a sort of loose “class structure” across the land  .I’ll call it that, although these days the idea of “class” is a very woolly and nebulous thing. I’m not too sure it really exists as it did in the past.Intelligence and education can give a person a sort of “class”, that for example , money, a job  or inheritance  could never , ever buy.”Class” is a funny one …a bit like nobility .It has little to do with social status or money at all and everything to do  with  a personal individualism and character. In other words anyone can be a “classy act”….or not….

We’re not talking about that , though.We’re talking about perceptions. For example , the DUP are perceived to be  a more “working-class ” party than the UUP who are perceived to be more “middle-class”, yet all of these are led by fairly affluent career politicians of quite long standing. Sinn Fein are perceived to be more of a down -to- earth “working class” party than the more middle-class SDLP. Their claim is  to in the game soley for “the people”…purely altruistic and for no financial gain.  In those loose distinctions lie the divisions that make a lot of people cling to their long-held voting patterns. None of this might be remotely true  of course, but we are only talking about perceptions here  anyway.

Given that Sinn Fein have many young, intelligent, inspired  and vibrant  forward-thinking  members and appear  to be doing well enough  with their  progressing United Ireland project, free as they are of the violence that hampered their politics in the past, it might be time to gradually promote many more members  who have no connection with the IRA and the past , if only to remove a perceived outtage in attracting even  more voters…and quietly allow those older hands to take more of a backseat. That might clear the air.

Sinn Fein have built up their  movement , starting from the streets of the Troubles some forty five years ago and developed from those violent times. The perception  now is that the SDLP has more of a rural and even a “middle-class ” feel to it.It never got involved with any of the violence that Sinn Fein, the Ulster Unionists and DUP members sometimes supported.They distanced themselves from any of that for “moral” reasons. Maybe that’s because ,for the most part they didn’t have to , not living in a social milieu where you were expected to take up arms in their street or were expected to join a military or para-military  force like the UDR, the British Army, the IRA or the  RUC police force. Those kind of  “military/police”connections have glued unionists together in the same way the Orange Order acts as a sort of social adhesive for many of them .It gives them a feeling of cohesion that Nationalism never had. There were always “nationalists” and  separately, “republicans” ,after all.

I know that in these days those “class”labels are largely irrelevant ,but  for many  there is still a longing for a demarcation of status too .It is the same reason why many feel it is a great honour to receive a medal from the Queen, for example, no matter which side of society you might come from.Some  see it as a mark of achievement. They see it as making them different from the rest of the hoi-polloi as   once it  did becoming a member of a particular club. At one time and possibly  even still, joining even  certain golf -clubs carried a degree of status in certain people. Nowadays that idea is largely irrelevant but why else would  there be so many  differing unionist factions and  a variety of parties to support them…… and this  fissure in  Irish nationalism, between the SDLP and Sinn Fein ?

Of course it could be argued that the SDLP are now really a Nationalist Conservative Party of mostly  Catholic Unionists , led usually , by doctors and teachers and supported by a conservative rump of church-going Catholics with some very conservative ideas. They may profess to ultimately want a United Ireland but there doesn’t seem to be much hurry  to get it ,in their attitude. Neither do they appear to want a more secular society. Many are conservative in that respect and didn’t support abortion on demand or equal rights for homosexuals. It looks like they are actually very content with their lot and the way things are at present .They like it well-enough as things are …connected to Westminster …not unlike a lot of  their unionist neighbours.Why else would these voters  not throw in their lot with Sinn Fein if they wanted the same thing and shared something of the same vision?

It’s the “Socialist” bit in SDLP that has a lot of people confused anyway , I’d imagine. Then again, the modern British Labour Party has obviously confused many by playing the same basic game as the Tories. All these parties are led by people who mostly have never experienced any kind of “socialism” or  “labour ” in their lives. I can’t imagine any of them down a mine or digging up a road or grafting sweatily on a time- and- money low -paid  production-line, in some factory…possibly on a zero -hours contract.. or arguing for a “socialist” society.

No…”labour” isn’t what it used to be either. This seems to have led to a lot of confusion and disenchantment with politics.Then again , the way things are , there’s a generation or maybe two ….of people who have never had the opportunity or the will to work at anything, never mind “labour” at it.

So back to “difference”.and the reason for the existence of a party like the SDLP.There was a time when the SDLP were a leftish-leaning party with the same kind of ethos as the British Labour party of the late 1960’s and early 1970’s.That Labour Party is not the same party that Labour is now.The SDLP has gradually become  more conservative too, being seen as a old-fashioned ,conservative Catholic party.

Norneverland was always at heart  a very conservative place anyway.That’s why many people get away from it .Despite its natural beauty, its people are of a conservative nature and change is generally very  slow.That’s right across the small-town  and farm-land  community.Now the UK has proclaimed itself a very conservative society too. The” Left” has lost the game to the little Englanders.

Having provided the initial idea of a “principle of consent” to allay unionist fears of an eventual  armed takeover by nationalism, it would appear that the SDLP have actually long-ago completed their original political  mission and have now become ….well……a bit redundant, I suppose.What can their purpose be now,  when any aspirations for a gradual move to a United Ireland is now  covered by a now wholly political Sinn Fein , long since distancing themselves from “an armed struggle”. There doesn’t seem to be much point  for their existence now . The thing is, it’s apparent  that their long-standing voters don’t appear to realise that Sinn Fein stole their clothes som etime ago and have left the wardrobe empty.

View all posts by Jude Collins →
A touching letter with ‘Fake!’ written all over it
DECLINE AND FALL OF SCOTTISH LABOUR by John Patton