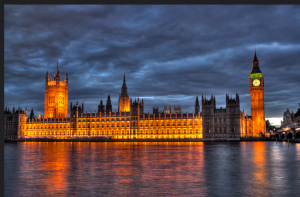 If you buy The Irish Times or view it online you’ll notice that Stephen Collins et al are looking at the ‘Irish’  implications of the British General Election. (If you don’t know why I’ve put ‘Irish’ in inverted commas, you should probably stop reading now.) They wonder what lessons can be learnt by the twenty-six-county state.

First, they note, it gives an injection of joy to Enda and the lads (and lassies). If Cameron can bludgeon the British people for five years and get away with it, why shouldn’t Enda? Better still, if the Lib-Dems take all the blame for the bludgeoning and take an electoral bludgeoning themselves. That means any possible pain the southern electorate is feeling, not to mention the accompanying rage, could be directed at the Labour Party, its junior partner. Maybe best of all, the apparently unstoppable Sinn Féin juggernaut has come, as I think The News Letter puts it, to a shuddering stop.

Now that’s what I call positive thinking. And who’s to say Stephen and the boys mightn’t be right? After all, Enda is right up there in the polls…What’s that, Virginia? Polls my arse? Go wash your mouth out.

She may have a point too. I confess to a secret delight that human behaviour can’t be predicted, even if it has landed back into Downing Street a right-wing government that is hell-bent on privatising, among other things, the NHS.  And speaking of the NHS – yes, the south doesn’t have one, I know. But Leo Varadkar is Health Minister and if Leo can’t find ways of apparently doing a great job of renewing the medical service there while at the same time chopping it up into little bits to be sold to the highest bidder, then nobody can.

But it is true that the Shinners have found out they’re mortal too, isn’t it? When instead of making gains, they’ve lost a seat – and maybe the one seat the party wanted most of all to hang onto. Juddering stop to the juggernaut and all that.

Well, I’m old enough to remember (so are you, more than likely) when Sinn Féin had another deeply disappointing election. In fact I remember two. The first was the West Belfast election of 1992, when Gerry Adams lost his West Belfast seat to the SDLP. The end of the Shinners, tra-la, toodle- oo, pip-pip. Only then 1997 rolled round and Gerry took the seat again. That’s what, eighteen years ago. Was there any doubt that Sinn Féin would hold onto its West Belfast seat on Thursday? Not a smidgin.  The second event I remember was in 2007 in the southern state, when Sinn Féin, predicted to do great things, double or even treble its five seats…in fact lost one. Four alone. Oh God. Tra-la, toodle-oo, pip-pip.  And then came 2011 when they went from four Dail seats to fourteen, and the media there nearly gave themselves a hernia trying to present the near-tripling of the number of SF seats as a disappointment, a failure.

Or if you want to learn a similar lesson from across the water: remember the passionate campaigning of Alex Salmond and the SNP to get Scottish people to declare for independence…and they turned away. Better Together and all that. Time to go off into a corner, SNP, and put your hands over your ears and weep a little. Except that nothing of the sort happened. The SNP membership increased five times over, Nicola Sturgeon skipped rings round the sad figure of Labour’s Jim Murphy, and they went from six seats to fifty-six in Westminster.

So there are parties we all know that are slowly dying, to the point where one feels tempted to put them out of their misery. But I’m pretty secure in saying the Shinners are not such a party. In fact, I’d say they’re going to do markedly better in the Dail when its election is held next year; and I also think they’ll do markedly better in the Stormont election next year. It’s hard to stop an idea whose time has come. Not even what Perkie calls “The Unionist Times (TUT)” can do that. And as for the Sindo…sure the poor creatures, their hands are bogging in muck and their throwing arm is almost worn out.

Periscope post-election musings.
THE ELECTION IS OVER by Harry McAvinchey

14 Responses to What does the Westminster election mean for Ireland? TUT talks…