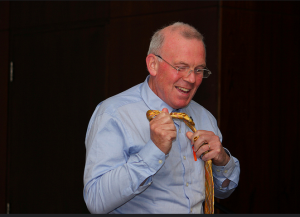 Two sets of young people, both the victims of circumstances.  There were those young Irish people In Berkeley, California, out on a J1 visa, who lost their lives or were seriously injured in that ghastly balcony collapse earlier in the week. There are few flights as awful as that which you know will end with confronting the dead or mutilated body of a loved one. The New York Times proved that you don’t have to be stupid to be stupid by publishing an article which talked about the issue of J1s as “an embarrassment” for Ireland and how it was  ““marked by a series of high-profile episodes involving drunken partying and the wrecking of apartments in places like San Francisco and Santa Barbara.” Well done, NY Times. Stay classy.

The other group of young people are Protestant boys, who as you probably know do very poorly academically – according to a report put together by Dr John Kyle of the PUP and others, they’re one of the most academically deprived groups in Europe. The report calls, among other things, for the abolition of academic selection to secondary schools. How refreshing, to hear a PUP spokesperson taking the same line as the Catholic bishops. And what an implicit condemnation of the social consciences of those who insist on maintaining the grammar school system, both Catholic and Protestant. Young Protestant boys are simply the most visible and spectacular of the many educational problems created by academic selection. In effect, academic selection says “I’m all right, Jack, the hell with you”. Whether this study will do anything to change that attitude within Protestant/unionist ranks remains to be seen. Judging by the Catholic/nationalist response to the Department of Education’s drive to end selection, they’ll have a  serious fight on their hands. There are few schools that cling to tradition like State/Protestant/unionist grammar schools.

But of course the boys themselves have a part to play. The students who died on that Californian balcony were in the US to earn some money to help cover  third-level study costs. They didn’t roll their eyes and give up, third-level study is not for me, nothing I can do, dice loaded against me. Likewise young Protestant boys, supported by their parents, need to break out of the cycle of fatalism that says, with the changes in society and the absence of ready jobs for young Protestant men, the best we can hope for is a bit of rioting in protest at the destruction of our culture.

.I’m not much given to hyperbole but here’s one: education, when it’s proper education, changes everything. It changes your chances of getting a decent and interesting job, it changes your narrow vision of the world, it encourages you to look beyond parochial horizons and do some thinking for  yourself. That’s what the young people tragically killed in California were on the brink of experiencing; and that’s what young Protestant (and Catholic) boys – and girls – deserve as a right. Hats off to Dr John Kyle and his multi-party group for producing this report. Even if we knew what it would say before the first word was written.

10 Responses to A tale of two young groups