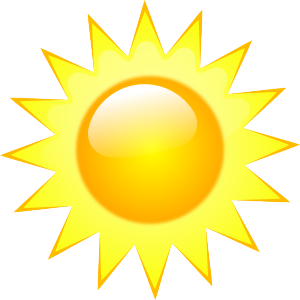 Greek banks collapsing…Slaughter on the beach in Tunisia….It’s really not looking good for the economies of these countries . Let’s face it .A lot of these places rely on tourism for survival .People are getting out of them as quickly as they can board an aeroplane and who can really blame them.

There’s no good pretending that terrorism doesn’t change the aspect of things . We have such short memories about these things. We had our own problems here in Norneverland which did not make it conducive to holiday-makers. All that passing through security tunnels and being searched by uniformed policemen carrying firearms  before you went in to buy some socks in the shops . There was always the chance of a cassette firebomb in the changing rooms.Remember those? They were pre-compact discs and pre-music downloads…No? Well never mind .You used to be able to play music with  them in a thing called a cassette player….aw never mind…

The barbed wire and the huge concrete bollards lining the streets to protect the shops from parked car bombs…..No, Norneverland was  hardly the best place to come and spend some holiday time in .

Before the aeroplanes crashed into the Twin Towers in New York in September 2001, air- travelling was actually a relatively comfortable affair compared with today.  I say that with a certain sense of irony.When I first flew many years ago it was almost a luxurious thing to do .There was certain excitement and novelty in it .People thought of air travel like that .It was part  of the foreign -holiday experience. It was certainly a reasonably  civilised affair, with pretty flight -attendants, chosen, no doubt for their winning smiles and their glamorous beauty , every bit as much as any qualifications they might need to act as in flight hostesses. Back in those days before  completely mad terrorism as opposed to “ordinary ” mad terrorism, and before political correctness, these young attractive women were commonly known as “trolley dollies”. I know….it’s a bit disparaging to refer to young women like that , but men also used to call women “birds”, “babes”  and “chicks”  and the like ,without thinking  too much about it .I suppose it was an utterly different world when you think about it.There was plenty of leg room on aeroplanes then, as it was before the days of cheap cut -price  flights and budget airlines where  possibly a few extra rows of seats  have now been squeezed in and we’re all sitting with our knees pressed against our chins. Ah …the good old days when you could spark up a fag on the aeroplane without anyone batting an eye!

After the attack on the New York Twin  Towers, security became a nightmare , of course. Now airports would be full of snaking crocodile lines of travellers , queuing with their little plastic bags of cosmetics, barefoot , shoes in hand, in case we had bombs in the heels; belts cast aside , strip searched and X-rayed. Airports became a nightmare  which began several hours before flight -time, where it was impossible to carry even a bottle of water on board a plane in case it contained explosives . Of course the airports were only too willing to take advantage of our paranoia and sell us their own expensive bottled water  in the Duty Free section ,or expensively priced beers which had obviously been very  expensively screened already.

After the recent attacks , especially on the beach in Tunisia , it is difficult to believe that anything more could be done to secure our travel safetyIt’s already a bad dream..What of the holiday itself , though?There is no doubt that no matter what the pundits in the press and Government ministers say about “Keeping Calm and Carrying On”, this recent attack will be seen as something of a game -changer.The clue is in the word “holiday”. No one wants to strip down to their most vulnerable aspect, possibly in a swimsuit on a beach -resort  and expose their near- nakedness and their children  to the whims of a gunman’s automatic  firepower. Why would anyone want to take their family from their known comfort zone and gamble with their lives  at the other side of the world? I know , it could happen anywhere goes the argument, but somehow I’m not so sure it would happen in Donegal or Blackpool with the same crazy chaotic  madness. I tend to gauge these things on what the wife’s opinion might be ….”No we’re not going abroad anytime soon!”

Of course this attack will have a huge effect on the entire travel industry.There is no such thing as  complete security and safety but that sense of safety usually starts near the home- fire.In Norneverland we lived through many years of violence in our community, what with bombings, shootings, stabbings and even a descent into gangsterism , but even at our most violent and thuggish there were very few prepared to commit suicide for their beliefs.A handful of men starved themselves to death, while in prison  but apart from the Michael Stone , verifiably odd attention -seeking caper in the cemetery , it would be hard to think of a comparable act of craziness in the whole of our entire “Troubles”..Now these “Statement Killers” are popping up everywhere…legends in their own lunchtimes…killing children in schools at one remove  and now  helpless sunbathers on a beach as part of some nebulous politico/religious war.

The young man was shot down and is now dead and  gone leaving dozens of people dead, but If someone is prepared to throw away their life while killing perceived “enemies” who happen to be spending their money supporting an economy which obciously needs their input, there is really very little any of us can do to protect ourselves from their ideas of logic… so you could fatalistically argue that if it’s going to happen …it will happen.I don’t think it’ll make a blind bit of difference sending in the troops or any of that nonsense . Killing Bin Laden didn’t seem to make much difference after all.

That’ll only result in a lot of money being spent and a lot more people being killed and those involved in the first place will see it all  as another reason to continue.

In the meantime fewer people will be inclined to go to North Africa or Greece for their holidays and the people who will really suffer are those who rely on these tourists for any income at all.

View all posts by Jude Collins →
In the footsteps of C. Saxe-Coburg-Gotha
Seven things I know about Greece

2 Responses to FLY WITH HOLIDAYS AIR  PARANOIA by Harry McAvinchey