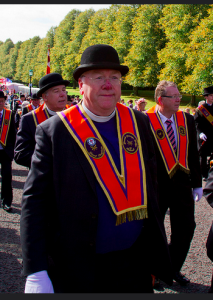 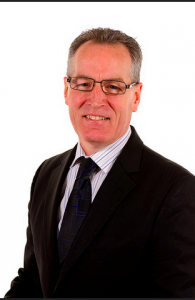 There was one particularly significant moment in the exchanges between Mervyn Gibson, Grand Chaplain of the Orange Order,  and Gerry Kelly on The View last night. Mervyn was explaining how lamentable it is that residents can’t accept the five or eight minutes it would take to allow their parades to be held in disputed areas. In other words, there’d be no problem about Orange marches if nationalists would simply stop being offended and allow the march to proceed peacefully through its chosen route.  It was at this point that Gerry  reminding the Orange leader that the number of parades which are contentious could be counted on the fingers of one hand, while some 3000 marches get to go ahead without any protest from nationalists. Could he not see that nationalists were giving and giving and giving again?

I think that about sums it up. What has always puzzled me is how nationalists are able to accept all those 3,000+ parades. But they do. An organisation that sees the Catholic faith as fatally flawed and doesn’t hang back about saying so, an organisation that reminds everyone in a divided society who won at Derry, Aughrim and the Boyne over three hundred years ago, an organisation that feels the need to repeat itself 3,000 times – what would you say such an organisation contributes to the healing of old wounds here, on a scale of 1-10? No, Virginia, there is no such score as a minus 90; but I see what you’re getting at.

There have been repeated attempts to rebrand the Twelfth and Orangeism as a happy Mardi Gras-type festival. Something that’d pull the tourists in. Alas, no go. Not only does the Twelfth repel possible tourists, it succeeds in sending as many nationalists as can afford it scrambling for the airports and motorways so they can get away somewhere, anywhere, to a place where thundering drums and flying batons and self-absorbed swagger are blessedly absent.

I know it may seem I keep coming back to this topic of Orangeism, but actually that’s not the case: Orangeism keeps coming back to me and all the rest of us. Year after year. Time after time, 3,000 annually. And did I mention you’re helping pay for demonstrations of triumphalism so distasteful, you simply leave  your home and get as far away as you can get?

I do like Paddykool (of this parish)’s suggestion of an arena, specially built, where spectators and performers could parade to their hearts’ content, at their own expense, and leave the rest of us to get on with our summer. But even though I know a lot of Orangemen genuinely don’t think their day out is offensive, the truth is rather different: it is. In fact, it would not be going too far to say that Orange marches, whether contentious or not, are an embarrassment and a barrier  that keeps us mired in the divided past. You Love Ulster? Then put the collarette in the cupboard, send the drum to a museum, use the flute to practice ‘Annie’s Song’. But please, please, please end this purblind parading that erects 3,000 roadblocks every year, preventing us all travelling forward to a better future.