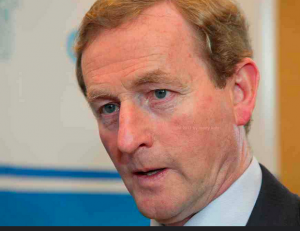 In the kerfuffle of  hurled words and accusations,  it’s easy to overlook significant details. One such in recent days was a remark by the Deputy First Minister, Martin McGuinness.  The second was a letter in the Irish Times.

McGuinness’s comment is, as usual, blunt and to the point. He made it clear that he would not go down as the Sinn Féin minister who presided over cuts affecting the poorest in our society.  Yes, we’ve heard that before, Bur he then added that the Taoiseach Enda Kenny had shown “a level of detachment” about the north’s financial crisis.

A bull’s eye on both points. Sinn Féin, in its anxiety to grow, needs to be careful to protect its working-class base. If it doesn’t. the People Before Profit group could well move in and steal their clothes. Mr McGuinness does equally well in pointing the finger at the Taoiseach Enda Kenny.  Over the decades, the south has veered from standing idly by to marshalling all of the south’s media to presenting the northern problem as one of  violent republicans only.

And now a letter-writer has come up with a suggestion. Since the south has always prided itself on its commitment to peace and justice in the north, it can now put its money where its mouth is and provide the few million needed to bridge the gap and keep the Stormont institutions running.  After all, Mr Kenny never tires of telling the exhausted people of the south that he has turned the economy around and that they’re growing like billy-o.  Think how it would attract admiration, Enda, if you were to treat the northern population as your  fellow-Irishmen and women on this island.  The sight of Charlie Flanagan at tomorrow’s talks is indeed an inspiring sight, but it’s no substitute for a financial leg-up.

Will we see such a leg-up from Fine Gael? Of course we will; just after Enda has extracted his eyeballs, added HP sauce and eaten both of them.