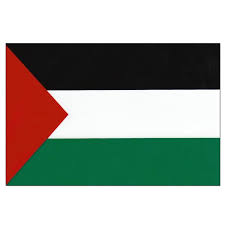 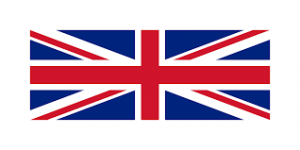 Big question: will I weep or will I laugh?  I was on the BBC’sTalk Back a few days ago, discussing…right, you guessed it – flags. As I said on the programme, one of the pleasures of my visit to London last weekend was the train-ride from Gatwick into London. No flags. Not one on view, either on a lamp-post, a mural or a kerbstone. But back to Talkback. We were linked up with Trevor Clarke of the DUP, who is the MLA for Antrim North West. We were discussing two flags in particular – the Palestinian flag and the Irish tricolour.

These, it seems, had been displayed in the council chamber of the Causeway Coast and Glens Borough Council (that’s Coleraine council if you don’t want to be long-winded). It was draped over a table, and behind th table sat Councillor Padraig McShane, an independent republican councillor, and councillors Darren O’Reilly and Gary Donnelly who, I gather, are not members of that particular council. With them also was their guest from Gaza, Mohammed Al-Halabi.

Trevor was pretty outraged at this stunt and condemned it as using the Palestinian visitor to play at politics. It showed, he said, scant respect for the flags.  I tended to agree with him on that one. Messrs McShane, O’Reilly and Donnelly probably had a pretty shrewd idea of what the unionist reaction would be when they released the photograph of them and their visitor sitting behind the flag-bedecked table. And predictable as ever, Trevor and Co rose to the bait.

But now we have something which I tried to question Trevor about: a new flag development. It seems that the Coleraine council were considering a motion that the Union flag should fly 365 days a year over the council premises. Well, the considering is over. The motion has been passed.

The point I made to Trevor was that flags should be treated respectfully, whether that was a flag to which you felt allegiance or a flag towards which your political opponents had allegiance. Trevor agreed, and said it was pretty cheap stuff to go flaunting the Irish tricolour in the council chamber. But what about the rumour that the Union flag be flown 365 days a year? Trevor saw no problem with that. This was Britain (which it wasn’t and isn’t – it’s Ireland. Although the north of Ireland forms part of the UK) and why wouldn’t we fly our national flag 365 days a year?

Because to do so, Trevor, is to do the very thing that Councillors McShane, Donnelly et al did: you’re using the flag to annoy your neighbours. So to that bit about respect you might want to add reconciliation: how will the flying of this flag contribute to reconciliation between people who were so bitterly divided?

The answer that Coleraine Council have given is “The hell with reconciliation”. What we have we hold. Not an inch. Suck it up, Fenians. As I pointed out, this kind of not-an-inchery is what drives us back into our trenches, back into the mud and blindness of yesteryear. If you’re faced with a flag every day of the year (Stormont, Belfast and Buck House managed to get by with around 18 designated days for flying their Union flag), you’re going to ache for a chance to shove two fingers up at the people who lord it over you. Which the republican councillors did. Which puts the score at 1-1, and when can we get round to giving the other lot a good psychological kicking? Oh I know. The Twelfth. Loads of opportunity there.