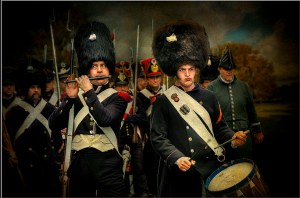 There was a letter in the Sindo today. In it the writer, from Cork,  notes that Sinn Féin want the public to forget their violent deeds of the past. Unfortunately, he says, the people appear intent on doing just that. “The short-term memory syndrome shows itself starkly in Irish political life when we vote for former bombers and gunmen, north and south of the border”.

So far so predictable. It would take all hands at the Sindo to be laid low with the scurvy for a Sunday to pass without a bit of Shinner-bashing.  But I found myself wondering if the writer had seen the documentary film Saoirse?  It was on in the  Queen’s Film Theatre last Thursday. It’s the sequel to the ground-breaking Mise Eire. Like it, Saoirse? was made in the early 1960s and tells of military and political actions in Ireland post-1916, up to the end of the civil war. The film is perhaps not as powerful as I remember Mise Eire being, but it features a number of faces and facts  that would have been useful as comparison-points for today’s Sindo letter-writer.

For example, the documentary film contained many images of Michael Collins, and accompanying voice-over explaining how he arranged for twelve British agents in Dublin to be shot dead on the original Bloody Sunday of November 1920. There was Cathal Brugha, Dan Breen, Kevin Barry,  Tom Barry, de Valera, Richard Mulcahy  – figure after figure who had been involved in violence at that time Have you heard many people critical of these men for their activities ? No, me neither. Yet these men killed or arranged the killing of scores of British soldier and RIC men. The film had other parallels from our more recent troubles:  assassinations of public figures,  hunger strikes by men in prison determined to be regarded as political prisoners, with the Truce prisoners emerging from the jails, parcel under arm, being greeted by over-joyed families. Sound familiar?

The Sindo letter-writer contrasts Sinn Féin politicians with SDLP politicians, who are free from accusations of past violence. True. But  if you see the lethal deeds of the men – and women – who fought in the Tan war and in the civil war as heroic –  which the film Satires? does then it’s going to involve you in some pretty weird mental contortions to denounce, like our Sindo scribbler,  the deeds of those who were involved in our more recent conflict.  And conversely, if you condemn the political violence of the past forty years, you’re going to have a helluva time explaining away the violence that is so vividly recorded in the Saoirse? film. The only thing that separates the two is time.

Which is why I think people like our friend from the Sindo should be called on to explain their take on the events of one hundred years ago. Maybe they believe that time makes what happened more palatable. The total contradiction involved will become more stark and obvious as the centenary of 1916 approaches. Will Irish print  and broadcast media denounce the men and women of that time? If they don’t, will they be forced to set up a special section in their newspapers  and broadcast units for those with impaired and distorted memories?

But let’s not get too depressed. Sometimes we in the north get accused, on both unionist and republican side, of glorifying the violence and wars of the past. In these matters, the voice of the British prime minister and secretary of state are often loudest. How then to explain the re-enactments, the glorification of the Battle of Waterloo which happened last week? And no, Virginia: it won’t be enough to say that the British were led be a blood-crazed Irishman, the Duke of Wellington.