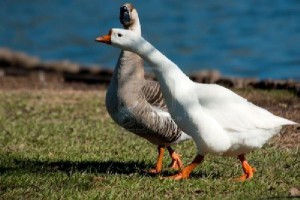 I’m all for fairness in the law . Does that means that Pastor McConnell should be prosecuted  because of his comments about Muslims ?He was  very  insulting in remarks made  during a sermon at his church , which became public knowledge as most things eventually do, in our well -connected times…and of course  it triggered a whole debate as to his fitness for public consumption at all.

At the time his comments seemed crass and ill-thought out  to many people but many others  feel that he should be able to say what he likes about anyone or any thing . Unfortunately I don’t think  the law of the land  agrees with him .I am personally in favour of a law that  protects everyone but I have reservations  . What he said amounted to a hate rant against a community , in my eyes .It stank of barely understood paranoic notions. Granted, much of what another religion represents  can seem alien to our insular  mostly Christian -based  worldview  and thinking in Norneverland and given that  the pastor had problems pronouncing “Sharia Law”, rendering   the impression that he really ,barely  understood  what it was, as a concept,  at all.

Let’s be clear. My feeling is that Sharia Law should have absolutely no  place  or precedence in a country that  has a sufficiency of well- thought out laws  already in place  and the incoming  citizens from whatever  country or custom should bear that in mind should they choose to take up residence there.  In fact they should be instructed as to this position before they are given residence at all.Maybe the Pastor really wanted to say something like that but his own arcane  religious views entangled  his tongue . Comparisons have been made with the pursuance of the pastor and the contrary way that the band which made anti- british  statements at a Belfast  concert  was basically let off scot- free. Questions are being asked why they could say whatever they liked and the pastor is being pilloried for doing the same .There are fine  distinctions in Law , no doubt but many in our community would lay claim to the pastor as “their property” while the anti- british band was not.The attitude being a “them and us” scenario once again…everything reduced to this plain and tiresome way of looking at the world.

I tend to look at it all in a slightly different way, as you’d imagine.

The thing is , it wasn’t too long after the pastor’s headline- grabbing  emoting , if memory serves,  that the “Charlie Hebdo” offices were attacked in Paris by  possibly, equally paranoid fanatics , this time  with a Muslim agenda ,who went one step further than the pastor’s similar denouncement and murdered a group of cartoonists working on a magazine whose ethos was all about having the freedom to say anything you like in a a comedic or satirical way , without censorship of any kind. The cartoonists’ attitude was that  anything or anyone is fair game for lampoonery and beliefs should be strong enough to withstand a  little ribald  ribbing or the occasional insulting smirk from a gleeful writer or artist.There used to be a poem :..

“Sticks and Stones can break my bones, but names can never harm me”…..  but in these most sensitive  times I believe it has been re-written because name-calling can obviously hurt someone with a thin skin……

That’s my dilemma. For humour to work at all , someone simply has to be the butt of the joke . It is a universal law of comedy. A lead and a foil ;a fat man and a banana skin;a Tom and aJerry ;a Laurel and a Hardy.

As someone with a cartoonist’s  type of sensibility , it is my feeling that humour can be a safety valve for society .Humour has always acted like that.Satire has been a feature of life in politics  and daily life for many years.The right to laugh at society has been a staple in magazines like  “Private Eye” “Punch” or “Mad” magazine  or satirical  television programmes such as “Yes Minister”, “House of Cards” or even “Blackadder”. The ability to poke fun at society is ingrained and to think otherwise renders us humourless. and artless.For these reasons I feel that freedom of speech should be enshrined in law.Even the freedom to laugh at the most sacred cows.Either your beliefs can withstand the slings and arrows of the artist’s or writer pen or they cannot.Either way the freedom should be there to speak openly and encourage debate about any topic under the sun.If for no other reason than to encourage honesty.Of course there have to be rules .It has to be funny for one thing…and I don’t mean that dead-eyed “wit” that sometimes passes for humour in Norneverland .”Foreigners Go Home ” badly spelled or poorly daubed on a gable wall, simple won’t make the final cut.

None of this means that I agree with one word of what the pastor said or implied, but I’m beginning to think he should be allowed to say it  without being dragged into a court of law to be martyred in his dotage ,  but in doing so his views should be debated openly and without censorship.  In any case martyrdom only encourages other fanatics to emulate it. By the same token , my feeling is that the cartoonists of “Charlie Hebdo” and similar publications  should have the complete protection of society and the law to loudly  express in any way they prefer, their antipathy or criticism of anything and anyone in society without being murdered by fanatics.They should be allowed to denounce any religion or politician  they should  choose without the public resorting to a violent response. People need to have a little more confidence in their choices. If any of us responded violently and without restraint to every perceived affront  in our day -to- day life, in the shops ,in the pub or while driving…. the streets would be permanently awash with blood.

People need to learn why some things are worthy of being laughed at and why that is so and why  being affronted  is not  a licence  to murder or an excuse  for racist behaviour….

Can a sense of the absurd or a sense of humour ever be taught ? I’m not sure about that one at all, but some attempt should be made to get it on the agenda at our schools. We might be a whole lot wiser if we learned to laugh a little  at our beliefs and  foibles.