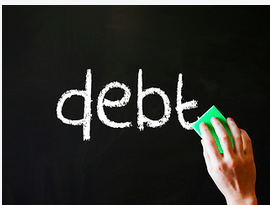 I’ve never been good at Maths. From the earliest days, the world of the isosceles triangle, let alone sines and co-sines was a world of impenetrable mystery. Which is why much of world economics passes over my head. I don’t know why Iceland went broke and is now back revving on most if not all cylinders again. I don’t know whether or how Britain is managing very well outside the euro. And I have only lately discovered what the  word GREXIT means. But there are a few things that even a mathematical dolt like me can grasp.

1. For the past five years, the EU has put its knee on the chest and its fingers round the throat of Greece. In this way it was able to insist that Greeks follow a course of austerity, so it  could pay back its debts and become a good little country for investment.

2.  The Syriza party was elected on the promise that it’d open the window and yell that the Greek people were mad as hell and weren’t going to take any more.

3.  The EU response to this was ‘Oh, yeah?”  It insisted and is insisting that the Greeks will not get any more money except they continue with a hair-shirt economy where a nation already on its knees will be punished until it’s face down in the dust.

4. Greek unemployment is running at 27% and among young workers at 60%. If you continue a programme of knee-on-the-chest austerity, it’s impossible to see how you’ll stimulate growth and get all these people back to work.

5. The EU is not an association of equals. If you’re rich, you’re powerful and call the shots (Hello, Germany); if you’re poor, you do what you’re told (hello, Ireland).

7. The Irish government – particularly Enda Kenny’s Fine Gael – are praying that the Greeks are forced to vote Yes next Sunday. If they say No  and are ejected from the eurozone, Ireland’s policy of forelock-tugging to the troika will look pretty stupid.

43 Responses to Seven things I know about Greece