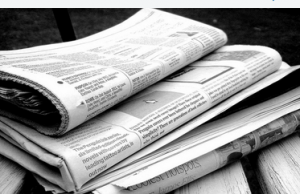 OK class, sit up straight. I have a little test for you today.  No, don’t start crying – it’s a straightforward test. And a two-part test.  First part,  you’ll be asked to do a bit of mixing and matching; and then when you’ve done that, you’ll be asked to identify the source for it all.  Sitting comfortably? Then I’ll begin.

Right.  Digest those for a minute.

Egbert – you think you have it? OK, fire ahead… You go for Eilis on the first, Jody on the second and Mairia on the third. Sorry, Egbert. Near but not quite there.

You give up? Fair enough. No need to feel downhearted , though – any of the three pieces could have been written by any of the um, journalists.  In fact this time it was Jody who had the Sinn Fein voters “fleeing” (a darlin’ word, that, “fleeing”) to Fine Gael and Fianna Fail; it was Mairia who had the Shinners identified as a passel of cult politickers; and it was Eilis who brought the news about the dead not disappearing for Sinn Féin.  At first I thought each piece was characteristic of the um, journalist who had penned it;  on mature reflection I can see how they could have been shuffled around and fitted to the authorship of any of the three.

What’s that?  I still haven’t asked you about the source for all three pieces? Ah well now,  that was only a little private joke of mine, a little chuckle I was having with myself. Sure a blind-folded child strapped on a mad horse could spot the source of those kind of headlines. Not to mention the content of each piece, which I would summarise for you except each time I tried to read the piece I kept nodding off.  Tell you what – if you don’t know the source of these three fine pieces by three of our most eminent um, journalists, then maybe you should quit politics-watching and take up mud-slinging as an alternative past-time. You don’t know how to mud-sling? No worries. Lots of tutors around, expert in the field, more than happy to show you how to knead and fire. The only proviso will be that you don’t get to choose the target for the slinging. They do.

View all posts by Jude Collins →
Tracing the roots of horror
CATCH RANDALL!

41 Responses to Some headlines to test your powers of identification