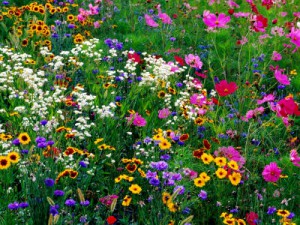 There is much chat about finances , grass-cutting and lack of fuel for same on the radio this past few days .All the commentary about this situation take a negative attitude to this news .Each van is only allowed thirty five litres of fuel and when that petrol or diesel runs out , the vans are required to return to the depots and cut the grass around the depots .Fuel rationing , no less. Of course , as usual, politicians will blame each other and talk about budgets until they are blue in the face. Like most things in Norneverland , the solution is probably a simple one …a bit like the marching situation, but no one wants to listen to the proposed solutions.

There is much hand-wringing about the situation because gullies are not being cleaned out  often enough and flooding may become a problem.Of course , for safety reasons , tall grass at corners has to be cut in case motorists’ vision is impaired , but no thought is given to the effect grass-cutting has on the environment and the eco-systems that are supported by these kerbside grasslands.Almost two thirds of British and Irish  species have declined in the past 50 years and one in 10 faces the risk of extinction according to an extensive study of wildlife .That includes everything from species of hedgehogs, insects , bats , beetles, dragonflies, fish, fleas, fungi, moths, spiders and wasps and birds. Hundreds of species are dropping unnoticed  while local councils argue about money or possibly the misuse of it.

Given that farming monoculture in this past fifty years ,has all but depleted or totally destroyed much wildlife here, many creatures that were at one time native to the land have long-since died away because there are no places other than nooks and corners in fields and roadsides for them to live .

My solution would be to save much of that fuel that is currently used to cut down roadside grass and instead  utilise that money to sow wild flowers on any rough grassland available. Not only will this improve the beauty of the environment and add seasonal colour to the verges , but by doing so will provide shelter for a variety of animals , birds and insects. Wildflowers provide life for a variety of pollinating insects who in turn are a food source for many birds and so on up the chain.

These wildflowers can be mown like meadows in Autumn when the insect population dies back for wintertime. Some  of that fuel and manpower  currently used or fought over for  the task of grass-cutting could be better used on other things.Come the following Springtime the blooms of the widflowers will re-appear in greater profusion and as the years go by they will further replenish themselves by self-seeding. They’ll grow on the poorest soils and require very little input. .It may put the grass-cutters out of business for the most part , but they could be re-utilised elsewhere with a little imagination.

Like most things in Norneverland , there is a shortage of imaginative thinking rather than money or fuel.We’d rather waste the stuff on nonsense.