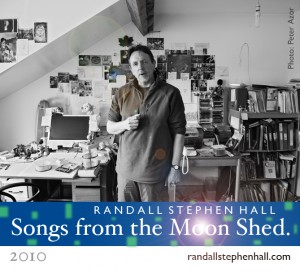 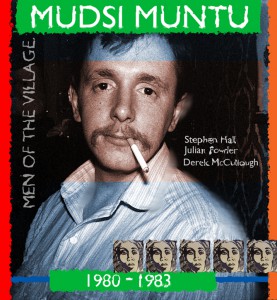 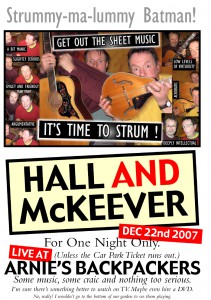 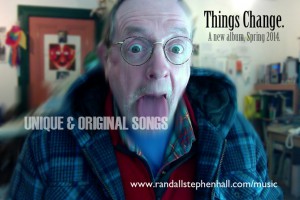 The Road to Acoustic.

In 2007, after a long long lay off from playing music

(other than doodling with the odd song idea), I began to play some tunes

on my daughter’s Tanglewood guitar. I slowly got used to playing an acoustic.

Playing acoustic was a different thing for me, while my old 1973 secondhand Telecaster (bought at Harry Bairds circa 1977), continued to brood in its case.

I also began to write songs on a Kenyan hand drum. A present from my wife about 17 years ago. Bought in a Tearfund shop. It used to be on Botanic Avenue in Belfast.

Here is a song I wrote in 1980 and re-recorded in 1983. “The Bread Song”, with a group called MUDSI MUNTU, Julian Fowler and Derek McCullough (who had grown up in Africa). MUDSI MUNTU is an  African word meaning “Men of the Village”. Even in North Belfast we were aware of the events in Soweto, South Africa, at the time which influenced some of the songs and the way we played them. https://soundcloud.com/randall-stephen-hall/the-bread-song-circa-1980

From 1985 to 2007 I had occasionally worked on songs and sung into cassette  machines, collecting, what I referred to as “bucket tapes”. Scraps of ideas like torn wallpaper samples, all gathered together in a box just as technology continued to move forward.

My life was taken up with working as an illustrator, which also developed, partially, into visiting schools as a storyteller, which then created and stimulated the making of songs, working with an audience, younger than ten years old.

Through illustrating and self-publishing a few books in the mid 1990s I was asked to visit some schools and so began the process of understanding what it was like to work with an audience of thirty, sixty and more, children all over, mainly, the north of Ireland.

Anyway, back in 2007 I began to play some self penned songs with a friend of mine, John McKeever, at ARNIE’S BACKPACKERS in the Queens University area of Belfast. I actually found it easier to work with my own songs, some songs we wrote together and some of John’s too. It just worked better and they had more meaning for me.

You didn’t have to reach the melodic heights or musical performance already created by other people or perhaps disappoint the listener. Instead, you could just be yourself. For me that was the key thing. To work with what you had yourself, from within you. I often feel that inspiration can come from the most unlikely situations and from beyond yourself if you remain open to this connection.

Song writing, for me, isn’t about recipe or formula. I’m not out to write a hit, in the traditional sense. I have yet to discover how music can generate income, other than through performance, rather than downloads or CD sales.

Around 2009 I began home recording in the most simple of ways, having recorded some poems and songs at MADD Studios, Clotworthy House, Antrim in 2008. My set up was a USB mic (a Snowflake by Blue), a laptop, a few instruments and my open imagination.

My mic (no mic stand), sat on two clear plastic CD boxes, an English and Irish dictionary and a few CDs on top. This raised the mic to just the right height, as it sat on an old wooden typing desk, donated by friends of my parents, many years before. I suppose you could say that my enjoyment of assembling songs grows out of a sense of play and curiosity.

In 2009 I recorded a set of nine songs. A wee collection, but an earlier experimental track, called “The Wee Wee Man” sat out from these as it was sort of funny. When I made it I was just playing and enjoying the process.

I added this song to few other tracks, made four CD copies and, due to the encouragement of a friend, sent them off to a few local DJs on Radio Ulster, one of whom was Gerry Anderson. This was on the 26th of January 2010. He surprised me by playing “The Wee Wee Man” two days later on Radio Foyle/BBC Radio Ulster. 28.1.10. I was standing washing the dishes at the time, in the kitchen (as you do). To say I was surprised was an understatement.

From January until April of 2010 I found myself in an unusual situation. By now I had recorded six or seven tracks, all of which I had posted to Gerry. Just un-mastered CDs, copied at home with home made covers. Every one I sent him he played and the listeners seemed to like my humour, but also the more serious songs too, like “The Lang Staine” which digs deep into the cultural psyche of the north here or “Star Child”, a song about my wife and children.

Then, out of the blue in April of 2010 Gerry Anderson asked me to come in and play on his show, live. He suggested bringing in a few other musicians to fill out the sound a bit. So on 14.5.10 I played live on the radio with John McKeever and Barry Tipping.

It was a great experience, playing the music with Gerry putting you at your ease. Just like you were sitting in his living room, having a chat, a cup of tea (or perhaps something stronger).

Then from May 2010 to May 2011, I played on Gerry’s Show four times, with Rohan Young (Bodhrán), Michael Sands (Banjo), John McKeever (Guitar) and Barry Tipping (Guitar). It was an exciting and challenging time for me as I had never sung with a band live before, ever. Yes, I had played in groups in the likes of the Harp Bar in the late 1970s but never as the singer and it had all come as a surprise to me.

There was no rhyme nor recipe to what I was doing though Gerry, really seemed to “get it” and was prepared to offer some help with consistent airplay and performances on his show. I’ll be the first to say that not everyone liked the music or any of the Ulster Scots/Irish content, any of the political irony or the humour contained within, but a lot of people did like it. For that I’m very grateful.

Gerry suggested that if I was in the process of making a CD of songs that he would come along and say a few words at a launch. So, on the 23.9.10 I launched my firs CD at the Black Box, the Cathedral Quarter, Belfast. I called the band that night “The Moon Shed Orchestra”, consisting of Rohan, Michael, Catherine (Michael’s wife on flute and squeeze box), John and Barry. Some line up and some craic too as Gerry came along to introduce the show. I’ll never forget it and the Black Box was packed.

(It’s amazing what you can do with free tickets. Imagine what could be achieved with free drink and food thrown in too!).

LINK: Gerry introducing us at the Black Box September 2010.

Getting to that point from January 2010 to the launch in September was like running up a creative ramp. I’d written and recorded a CD of 21 poems and songs, on my own, using multi-tracking, in Garage Band, just at home in less than nine months. Self produced, arranging the rehearsals with the Moon Shed, doing my own graphics and booking the gig, all from an unplanned start.

The interview on the radio the next day with GERRY ANDERSON/

So what came next? (Just a wee flash in the pan?)

Over the next short while myself and  Moon Shed played at a number of events at McHugh’s Bar, Auntie Annie’s, The Braid Theatre, The Island Art’s Centre and the Out to Lunch Festival. Events here and there. Opportunities to play live.

Link to song: “DANCING ON THE RED ROAD.”

Then, at the beginning of February my brother died from throat cancer 3.2.11. Many complications and responsibilities arose from this, including the care of one my aunts, my father’s sister, who sadly, passed away in 2012.

Throughout this period I was writing and beginning to record more songs but it was, to say the least, a difficult time. Sometimes you just feel overstretched and not quite able to juggle everything.

Different opportunities cropped up like playing on several occasions on Celtic Bridge, in Ballymena, hosted by Josephine Mulvenna, with Michael and Rohan. Then there was a quiet Sunday morning playing on an Ulster Scots Gospel show hosted by Alan Wright in Ballymoney. The tea was wet and the welcome warm.

So from 2011 to June 2015 it has taken me quite a long time to complete my next CD. A collection of 17 new songs. Called “REWIRED”. A hybrid album which I started recording at home and have since taken to a studio to supplement with extra instruments, percussion and vocal parts. With this project, like my first CD I have played all the instruments myself and self produced, just for reasons of practicality.

My next project began in the spring of 2012 and was then set aside to complete the second CD. The Third CD is different in that I’ve been playing with a few other musicians: Rohan Young on Bodhrán and Nick Scott on double bass. Sounds good so far.

In June 2013 the last full Moon Shed gig was at the Long Gallery, the Assembly Buildings, Stormont partly because I’m interested in cross cultural events. It was a really interesting day with Aodán MacShéafraídh on whistles, flutes and Uillean Pipes but sadly that was our lat gig for a number of  reasons. We all live in different parts of the country so it was always difficult to get together. Though, when we did meet up it was always good fun. Maybe we’ll play together sometime in the future.

We’d played some great gigs together, three times at the Crescent Arts Centre, The linen Hall Library (and just behind the Waterfront Hall, ha ha!). And we even got over to play at the Northern Ireland Executive Offices in Brussels as part of the Brussels Platform, sponsored by the Arts Council in September 2011. Great craic.

Since then the song writing has continued and I’ve played a number of gigs with Rohan and a few with Jaff, learning as I go. I suppose you could say I’m a late developer. It’s not completely uncommon. Then there are the one man shows too. I suppose they’ve grown out of the storytelling, combined with my music and poetry.

The main thing for me is that I enjoy being involved in this. Is it easy? No. Is it challenging? Yes. Can it be frustrating, disappointing and occasionally annoying? It certainly can, but nothing good comes easy. Some of it can seem to come easily but like drawing or writing you achieve what you achieve through your accumulated knowledge, not from it being easy. It all flows after a lot of hard work and experience.

Having said that I often feel like a beginner.

Poem LINK: “THE GATE IN THE FIELD”.

a platform and an opportunity to play to a listening audience. Thanks.