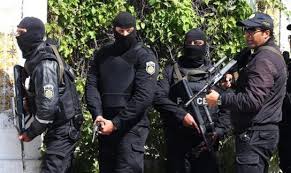 The news of the beach killings in Tunisia yesterday was truly horrifying: nearly 40 innocent people on holiday,  shot dead by a gunman. If anything more horrible, news of the beheading of a man near Lyons, with his head stuck on a fence. And in a mosque in Kuwait, more than 25 people killed as they prayed. All in one day. This truly was terrorism at work: the killing of innocent people in an attempt to intimidate  populations and have them force their governments to sue for peace.

But hold on. The beach killings in Tunisia – why do they disgust us so? Is because the victims are so like ourselves?  One Irish person dead, several British dead. They were enjoying a holiday, lying on the beach, going for a swim: so many of us can identify with that. That fact brings the fear particularly close, and our condemnation of the killings more heart-felt.

Then there’s the barbaric killing of the man near Lyons, carried out by his own employee. Not just killed but decapitated and his head displayed. It’s odd how that mutilation and age-old barbaric practice of a head-on-a-pole nauseates us – as it’s intended to do. Even though, once you’re dead, what happens to your body cannot make the slightest difference to you.

The one thing you will not hear in the many reports and discussions of these incidents is a reasoned analysis as to why this is happening, other than that these are evil, barbaric people who hate us because we are non-believers. But is that the sole reason these terrorists detest the West?

Over a five-year period,  under President Obama’s watch, more than 2,400 people in Pakistan, Yemen and Somalia have been killed by drone strikes. That’s almost a thousand times as many as died in Kuwait yesterday. According to a report put together by Physicians for Social Responsibility, Physicians for Global Survival and  Nobel Peace Prize-winning International Physicians for the Prevention of Nuclear War (IPPNW),  somewhere between 100,000 and 170,000 civilians have been killed in Afghanistan since Western intervention there. The Iraq Body Count project figures that  between 112,000- 123,000 innocent Iraqis  were killed between 2003 and 2013.

Could all those killings by Western forces, who fly half-way round the world to do their lethal work (or in the case of drones, sit in a bunker and press a button) , have anything to do with yesterday’s killings?  Of course they have. Except that we hear little or nothing about them through our media, and when we do it is never in the gruesome detail we hear when there are attacks like those inflicted yesterday. We know what we’re doing, we know that’s why the horror of yesterday’s attacks happened, yet all we think of is how to protect ourselves, how to neuter the enemy, rather than remove the reasons for their attacks.

The old saying was never truer:  one death is a tragedy; a hundred thousand deaths are just a statistic.

10 Responses to Tracing the roots of horror