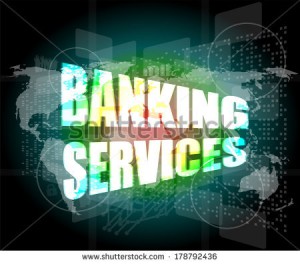 Scottish papers this week gave prominent coverage to a court case, involving a Walter Mitty-like, former branch manager of a bank in Dundee. His actions lacked the subtlety  of the recent Glasgow jewel robbers who bought four balaclavas and an axe in B&Q on  the day before the raid. The banking defendant grabbed handfuls of cash from the back of the ATM and gave generous money gifts to a couple of slight acquaintances. The bungling amateur nature of the crime  provided some silly time amusement.

However, many still find it astonishing  that nobody has been prosecuted for bringing down the banking system and providing the Tory Party with the perfect opportunity to push ideologically driven policies which are destroying the lives of millions. In his revealing book, ” Shredded – Inside RBS”, Ian Fraser builds a dossier of compelling evidence that  there is certainly a case to be answered by former Board and senior management personnel.   RBS is the biggest elephant but the syndrome applies across the sector.

Iceland’s government appointed a special prosecutor to investigate its bankers after the World’s financial systems were rocked by the discovery of huge debts and widespread, poor, corporate governance; its Supreme Court has upheld convictions of market manipulation for four former executives of the failed Kaupthing bank in a landmark case that the country’s special prosecutor said showed it was possible to crack down on fraudulent bankers. Unlike Iceland and Nigeria, the establishment here protects its own and so there was no desire to delve too deeply into the possibility of fraud, conspiracy, bogus accounting and serious regulatory infringement throughout the banking system. Many were knights of the Realm, including the RBS CEO, Fred Goodwin who was on first name terms with the Prime Minister, Gordon Brown and a close friend of Prince Charles.

The Irish Government has established a Joint Committee ‘ to inquire into the reasons Ireland experienced a systemic banking crisis, including the political, economic, social, cultural, financial and behavioural factors and policies which impacted on or contributed to the crisis, by investigating relevant matters relating to banking systems and practices, regulatory and supervisory systems and practices, crisis management systems, and policy responses and the preventative reforms implemented in the wake of the crisis.’ Many will read this as kicking the ball into touch. David Drumm , the former CEO of the failed Anglo-Irish Bank, skipped off to Boston as the crisis unfolded d and is refusing to return but has offered a video link. Anglo received a bail-out from Irish taxpayers of 30m Euros.

The Dundee bank official was jailed for a crime which involved around £90 000. He treated his friends to small amounts of cash and indulged himself with three 50″ televisions in his flat. Fred Goodwin spent £18m on a corporate jet; employed his boyhood hero, Sir Jackie Stewart, as an ambassador for the bank on £3m per year. Ian Fraser writes that a leaked email showed    at a time   while investors were being asked to provide £12b to keep the bank afloat, Goodwin lavished  £300 000 of its money  at the Wimbledon fortnight.

View all posts by Jude Collins →
The cost of partition: let’s talk
HENS’ TEETH AND ABOMINABLE SNOWMEN by Harry McAvinchey

One Response to BANKING SERVICES by John Patton