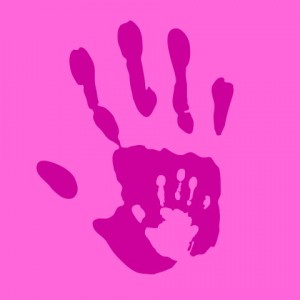 I couldn’t help but laugh upon hearing of the man being arrested in an FBI  “sting” operation while trying to buy poisonous ricin on the “DarkWeb”.Apparently his inspiration for buying the nasty  stuff came from a scene in the television series “Breaking Bad” where this tasteless contagion was used to kill a rival drug dealer.

The story went, that a thirty one year old  man, possessing the unlikely moniker of Mohammed Ali, was convicted at the Old Bailey  after attempting to buy a chemical weapon for nefarious  means. The jury found the Liverpudlian guilty of attempting to buy 500mgs of the  powder from a “dealer”. That would have been enough to kill  about a thousand and a half people .Poor Mohammed was unaware that he’d been duped by the Feds ,because when he opened the package , containing a toy car , his face was immediately contaminated by a marker substance that made convicting him an inevitability.His face now glowed radiantly  under ultra-violet light. Like I said , I had to chuckle .These agents might have been reading  my mail, or possibly ,my mind. Here’s what I mean….

My mother would have called it a whole big “Hullaballoomagee”.

Some months ago my daughter in London phoned with “a tale of woe”, as my wife would say . Her bag had been stolen while she and her friends were having a night out in a club.She had phoned  to our house-phone in case we were having trouble contacting her on her cell-phone. Said phone  was gone along with her passport and  all her bank cards . She had the presence of mind to quickly cancel all her cards  but she would probably never see her bag or that prized passport stamp for Morocco that held so, many  treasured memories within its inky smudge.The thief even had the nerve to text my wife with an attempt to sell the passport back to her for fifty pounds sterling.Apparently “mum” on any phone is the “Weakest Link”; the first stop on the way to easy money by the criminal fraternity. The police advised no further communication. In any case we were hundreds of miles away from the crime scene. I know exactly how my daughter  felt. Something similar had happened to me some forty years previously which also cut a swathe through  the memories of my fleeting teenage years,  that are now irrevocably lost to time.

Back then, over forty years ago, when I first went away to Art College , I travelled light because travel mostly involved hitchhiking  and buses, trains and overnight trips on the ferryboat. In those pre-“Easyjet” days when flying was not the cheap everyday experience it now is , most people used the overnight ferry boats when travelling to England. My parents had no car  either and taxis were very rare indeed and only for use on very special occasions.  Taxis were usually grand affairs , operated by the same people who ran funeral parlours.So when I set off for college, I hoiked my rucksack and sleeping bag onto my back and schlepped up to the bus office a mile away in town , duly boarded a bus for the forty mile journey  to distant Belfast and from there , leapfrogged to the docks . There followed much hanging about , an overnight journey  to the accompaniment  of the  unholy noisy thrumming ship engines and a dawn ,shell-shocked  disembarkation.  At the other side , it was a matter then of decanting in the cold grey light of Liverpool’s Lime Street ‘s train station and getting a connecting train to Leeds.It was a journey which took the best part of two overlapping  days to complete.

Like I said, travelling as light as possible was the way of things, so I had only a change of clothes  and a few oddments like a little cassette tape player .These relatively new ,sturdy little music players . which were about the size of  a large heavy book. This one was a well- built Hitachi in its own leather case and shoulder strap . As Bob Dylan would say ..”If you ain’t got nothing, you’ve got nothin’ to lose”….I had very little to lose but I did carry in my wallet a few  small photographs of friends , family and  old girlfriends . Mementoes of my teenage years that were all the memories that remained of old friends and old  love affairs.For example, there was Lorraine  and the Dublin girl whose name, to my shame,  I can’t now recall  but who would correspondent with beautifully illustrated scented letters….and the two Cathy’s , one who  used to write  unrequited ,passionate letters to me from Manchester after we’d met briefly on  a summer holiday in the seaside town of Bray ,outside Dublin.I’d send her  humorous love-poems by Roger McGough or Adrian Henri,the hip Liverpool Merseybeat Poets, or some of my own that I pretended that  Mc Gough had written{!} . That  postal romance lasted until I fell for  the more locally  close,Lorraine. All of six  mentally- lubricious  months of unfettered imagination inscribed in perfumed letters had to be consigned to the past  when I fell for Lorraine, though.. Lorraine was the “real thing” for about a year after that.For that year she couldn’t get enough of me, but fickle teenage  femme, that she was,  she  eventually   broke my heart, of course. That didn’t seem like a good deal at the time  but in retrospect it could never have lasted beyond those last  few weeks of our  our schooldays anyway.I didn’t settle down for another ten years anyway. It’s funny now to think that these teen dreams are all probably grandmothers now….There were   other dalliances which never became photographs simply because in the era before  cellphones  with cameras, we all lived a more private, if frantic,  existence. So there were  passing affairs  which  I can barely now recall. Women and men ! Hah ! They all break each others’ hearts in some way, don’t they ?

Anyway, other than my passport and a few pounds sterling , these were the only treasures I carried.Within a year I was sharing a little  basement rat- hole of a flat with my  new girlfriend, a fellow art student  from the Art College.It was tiny flat  but we were paying a pittance for it and it suited our needs adequately. We’d  left the more salubrious shared house on the outskirts of the city for this place nearer the colleges and university. The flat was a small one -room affair with a sort of walk -through kitchen outside the door. There was an old gas stove and a table. and some basic storage cupboards with a few pans., I say “kitchen “, but it amounted to a hallway off the back door of the house that had been cobbled together by the landlord. It could be described as mouse-friendly.The shared bathroom was upstairs on the second floor .The house was shared by  a motley crew of people of every background. We didn’t really know any of them.We were the only two students.That summer we both worked in the Canada Dry bottling factory, outside Leeds,  earning a little holiday money to take us through to the next year’s studies. One Friday night we arrived back from a disco to discover that the door of our flat was literally lying on the floor. It is surreal to think of it, but I literally walked over it to enter our obviously ransacked room. The door had been shouldered out of its less than adequate,  splintered frame. The tiny room was in a mess and the bag that held what little money we’d made during our weeks of summer toil was gone along with the wallet containing those aforementioned  memories. Of course, the police were duly called  but there wasn’t a lot they could do.

When you are robbed or invaded like that, there is a sense of defilement and anger  that someone could enter your life and turn it upside down .There’s a helplessness too and the thought that anyone could be so petty as to wreck your home for a few pounds. A few pounds ?  I’d sweated blood ,relentlessly , mindlessly ,stacking crates of lemonade  at the end of a production line all summer, for those few pounds . Man,I was angry!

That wasn’t the end of it .A few weeks later we realised that the communal mail that was usually picked up from the hall table was being tampered with. Someone mentioned that a  Social Security giro payment had not arrived or gone missing. We began to suspect that our thief was one of those strangers already sharing the house with us.

My girlfriend came up with the idea that was to catch this light -fingered Raffles.She was able to obtain some crystals from the college.They looked like rough sugar but when heat ,such as the heat of a person’s hand, was applied, they reacted by turning the brightest pink colour. The plan went like this.We packed a matchbox full of these crystals, wrapped the little box in colourful arty paper and enclosed this “gift” in a padded postal bag , which we addressed  to ourselves with an accompanying note.We then went to the post Office and sent this little time- bomb to ourselves back at the flat.The little package duly arrived with the rest of the post  and we noticed that it had been placed on the hall table with the  other mail.

It lay on the table for a few days as we patiently ignored it ,as if not realising it was for us, or simply being too busy to notice or pick it up.It lay temptingly  forlorn.

Then ….it was suddenly gone!!

It didn’t take too long after that to see the result of our subterfuge. Bright pink handprints began to blossom on the walls and door frame around one particular door. We immediately phoned the police and explained , when they arrived what we had done. We explained that the culprit was  apparently,actually at home, so they set up a two-pronged assault .One outside and one knocking at the man’s door. There was  a scuffling and confusion behind the door but it soon followed that our cat burglar had attempted to make a run for it out through the ground floor window.He was apprehended “pink handed” on exit. When the door of the flat was finally opened the results of our handiwork were everywhere to be seen. Pink handprints adorned every surface inside and on every wall .A child’s finger-painting gone awry and every surface resplendent with his literal dayglo handiwork. It wasn’t too long thereafter that the full story was relayed to us .Our crook had been thieving from all and sundry and had “form”.I managed to retrieve my bag, which he had fenced to one of his mates , but unfortunately my wallet , my money and maybe more importantly my  photographs from the past  were never returned .

All the little photographs had been thrown away like so much detritus in the wind. It was like someone burying your past, in a box, in some deep hole.