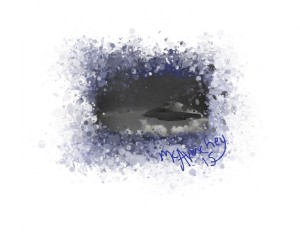 Any day now…Some man will eat his wife , the Loch Ness Monster will be spotted again. someone will report a strange light in the sky and before you know it there’ll be another expedition out looking for the Yeti. The press and television are already puffing up their flabby pages and reports with tales of killer seagulls and queues of stranded holiday-makers in traffic jams; so as far as the citizens of Planet UK are concerned, it’s officially Summertime.It might be hosing down rain in Norneverland but that’s another kettle of fish to fry.

This is the time of  the year when our politicians are also let off the leash for their holidays . The little dears are allowed an annual break from all that stressful chinwaggery and guffery and get a chance to spend all that hard cash they’ve earned looking after our affairs. That leaves a mighty large hole to fill for the press.Short of snooping on these timorous beasties while they loll fatly and flatulently  on some foreign sandy shore,  eating their well-earned ice-cream and reading the Beano, there is not much to report really .The world spins on without their guiding hands on the tiller and the sheets of newsprint and airtime have to be filled with something.

That is why they are so exercised  with another story at present .The leadership tussle for the heart and soul of the UK Labour Party. The Establishment is a little frightened too. The old ship had been sailing along on calmer seas, what with a Tory Party and several Tory-Lite  parties treading the politcal boards this past twenty years or so.There hasn’t been a sign of a proper “Labour Party” anywhere. Somehow they’d forgotten all about their name and what “labour” actually meant and decided that the only way to win an election was to be just like the Conservatives. That left a lot of people disenchanted and with no one to identify with or vote for.It was like some mad conjuring trick. Then the Liberals were swallowed up by the grinning behemoth too. It seemed that the people preferred being led by their  Tory betters who’d been Eton-educated  .

That is the kind of “labour” that the Labour Party is supposed to represent and really hasn’t for many years. Now they have Jeremy Corbyn stirring up the pottage with proper old style left-wing  politics and he seems to have set the scene afire. Is it possible that all the disenchanted voters who have done with cookie- cutter,  suit -wearing ,Topshop politicians with shining teeth and laquered hair, have finally found someone to rally around who has some vague idea what  it means to labour.Is this someone who the Greens and Lost Liberals can fix their colours to. Apparently there is a wave of new Labour voters getting a fresh wind to their backs.There is a new enthusiasm in the air .The Establishment worries though. Will there also be a backlash to the Right?Will the Tories become even more bumptious , grasping and conservative as a result of Labour’s swing to an old socialist agenda, to the point that they’ll be exposed in the future for what greedy fat-cats, they really are….and become unelectable.

There’s a play afoot that will keep the press in craic for another few weeks anyway , possibly without resorting to having someone “Stolen By Aliens” pasted across the front pages.

Now wouldn’t that be an even  rarer thing to flag up  …a Labour Leader who actually remembers what the Labour Party  was supposed to be about and the people it was  really supposed to support before Tony Blair pulled that cute , furry little rabbit out of his pocket.?

One Response to HENS’ TEETH AND ABOMINABLE SNOWMEN by Harry McAvinchey