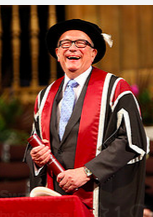 In The Guardian today, Suzanne Moore claims that the Lord Sewel scandal is not about sex but about money. She presents an interesting argument, pointing out how Lord Sewel’s private life is supported to the hilt by the public. He paid prostitutes for their services in a London flat that’s subsidised – the flat would normally cost £3,000 a month, he gets it for a paltry £1,00 a month. He gets £200 a day allowance. He gets  £84,825 for chairing House of Lords committees and his allowance of £36,000 for maintaining a London home.

I think Suzanne misses the point. What Sewel is paid…I mean was paid (he’s resigned, poor chap) is pretty enormous. But we wouldn’t have heard about it if he hadn’t been filmed wearing a salmon-coloured bra  while snorting cocaine through rolled-up fivers and tenners in his nice London flat with a couple of, um, sex workers. And hadn’t addressed the prostitutes as ‘luvvie darling’. It’s sex that sells the Sun, Suzanne, not money.

But there’s a bigger point behind all this, so blindingly obvious that it takes the breath away. None of these people are elected. Some are there because their da was there – hereditary peers. The rest are there because some prime minister thought it a jolly wheeze to nominate them to sit in the Lords. Sewel is particularly well paid  with that chairing of committees, a nice little earner if ever there was one. But ordinary peers (if you can have such a thing as an ordinary Lord) get £300 a day in attendance money. They can clock in, loll on the benches for a bit, check out what’s on their phone, then leave. That’ll be £300, please.

They  are alleged to act as a moderating influence on the Commons – our elected representatives might run mad if it wasn’t for these unelected worthies putting the brake on them and pointing up important matters. In practice they could be gone overnight and I’d bet the average punter wouldn’t notice any difference in his/her life. Except they were one of the previous peers, of course.

The scandal, dear Suzanne luvvie, is that these people are paid a minimum of £36,000 a year just for showing up. And of course if they didn’t live in London, they’d need to be compensated for overnight expenses – something around £140 a night, I believe. Personally, I don’t care if they wear their sister’s knickers over their head in their time off: what gets me is that I’m helping fund this lot of unelected clowns for pretending to be wise. How would you like a £300 a day allowance? (Sewel, for some obscure reason, got a paltry £200).

Still, it could be worse. Or at least as bad. You could be contributing to the upkeep of members of the Seanad down south. Again, this lot are unelected…Tell a lie. Graduates of various colleges get to vote some of them in. So it’s a sort of selective democracy. No uneducated rabble need apply. And for the wonderful work these people do, they get €65,000 a year. There was talk of abolishing them a while back but they’re still there and thriving. Appointed or pseudo-elected, they’re as big a waste of space as the Lords lot. And then we’re told that this is a democracy and that we must all learn to tighten our belts.

19 Responses to Lord Sewel and his pals