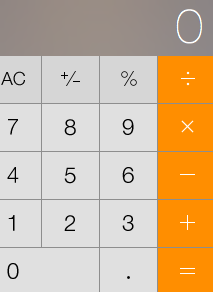 Economics is described as ‘the dismal science’, which makes me feel better about being  bewildered by it most of the time. On the other hand, I have, with the help of the present Mrs Collins, managed to establish how much we take in by way of salaries  and  how much we send out in the way of spending. In other words like the vast majority of the population, we’re not total economic illiterates.

So let’s have a quick look at some figures for the funding we in the north of Ireland get from Britain. Because that’s usually the first thing that’s referred to if anyone mentions constitutional change.

£23.8 billion: that’s what most unionist politicians and commentators claim is given to us each year by Britain. But is it? There are those who say that the British take several large bites out of that apple before they send it across the Irish Sea.

£3.3 billion: that’s what the British government uses on the Bank of England Debt, on the Defence forces and sundry other domestic expenses, according to the Department of Finance and Personnel (DFP) figures. Quite a big bite, wouldn’t you say?

£1.1 billion: that gets chomped off to help pay for the depreciation of British capital stock (that means things like government buildings, ports – all publicly owned assets.

£19.3 billion: that’s what the British Treasury says is spent on public services relevant to here.  However, £1.6 billion of this gets spent by Whitehall departments on areas the civil servants decide are relevant to here – the Cabinet Office and the Home Office as well as the NIO. Chomp chomp chomp.

£18.9 billion: that’s what’s allocated to us here via DEL – that’s confusespeak for  the Departmental Expenditure Limit  (the money the Executive spends) and money devoted to welfare payments here.

£17.7 billion (you’re going to like this): that’s how much public money the British Treasury says  is spent here in the north. What?! I hear you cry. Didn’t you just say the British Treasury put that sum at £19.3 billion? I did that thing. Is it confusing to now quote this figure? More self-contradictory, I’d say. On purpose or by accident? You choose.

By now you’ve probably got the core point this  blizzard of figures delivers:   to claim Britain passes   £23.8 billion our way annually is a statement so shaky it’s in danger of falling off the shelf. The more accurate figure is probably somewhere between £18- £19 billion.

OK, I think that’s quite enough for now. Next day we’ll look at how  much money we pass back to the British Treasury in taxes and levies of different kinds. For now the important point to remember is that the level of Britain’s largess to us is vague and almost certainly overestimated. Which means next time you hear a politician or anyone else trot out the £23.8 billion as the contents of the brown paper envelope Britain kindly gives each year, remember to curl your lip and say “Oh yeah?”

Some baffling questions about the Orange Order. Can you help?
HONEY BOUND by Harry McAvinchey