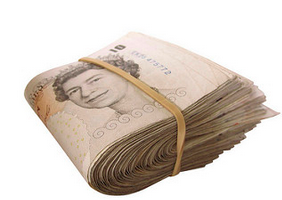 There are people who believe that money has a poisonous impact on human affairs. I don’t. I think that money is what makes the mare go and that you ignore it or downplay it at your peril.

Take Scotland. This morning, the news tells me George Osborne has announced over £500 million in contracts for the Royal Navy’s submarine base in Faslane, in Scotland. He says it will secure 6,700 jobs and create thousands more. Why is he doing this – to make Britain secure militarily? Don’t make the cat laugh. He’s doing it to make sure that lots of Scots dependent on Faslane for their livelihood will vote Tory and not SNP. In short, it’s a bribe.

Money features in the south of Ireland too. What is it that has finally sent the Irish electorate over the edge, to the point where they’re itching to make mincemeat of Fine Gael and Labour at the next elections? The Water Charge. Can’t Pay, Won’t Pay, is the message that was sent last Saturday to the quivering ears of Enda (‘Not a Penny’) Kenny.

And up in this contorted corner of Ireland? Well, Mike Nesbitt has gambled that by withdrawing his party from working with Sinn Féin, they’ll get a pay-off at the next elections. They’ll not, of course,  leave Stormont as a party. That would be to sacrifice their salaries, which is a bridge too far even for high-minded people such as the Ulster Unionists. Meanwhile the DUP are accusing the UUP of walking away from the problem, no guts for the fight, etc. Which, translated, means that we have our jobs and we’re hanging onto them, because we don’t want the electorate to see us as being led by the nose by the poncy UUP. That way, we show how devoted we are to real politics, how strong we are, how much we like that monthly cheque plopping into our bank accounts.  You don’t get a place in Florida for nothing.

Sinn Féin too will be keeping an eye on the money. They can’t rely on corporate donations, such as might flow the way of the DUP, the UUP, Fianna Fail, Fine Gael – in fact, just about every political party in Ireland. So their members take, we’re told, the average industrial wage, with the rest being ploughed back into the party to keep the machinery running. Many unionists would claim that this is supplemented by the £29 million the IRA stole from the Northern Bank; but of course their claim is supported by  the same evidence they have that the IRA today is functioning, which is zilch.

So don’t kid yourself that money isn’t integral to the workings of politics here or anywhere else.  It’s the fuel that fires the jets.