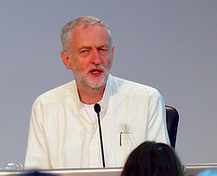 We all have moments of self-doubt. You’ve been taking a particular line on a particular subject, or maybe a general line on things in general, and then the worm of doubt starts burrowing in: what if you’re wrong ?  What if the line you’re taking is a load of cobblers and you’ve been galloping east when you should have been galloping west?

Personally, I’ve always found that at moments like this, it’s important to check what other people are saying about you. When you do, you can get fresh heart and your conviction that you’re doing the right thing is  confirmed. Myself, I like to turn in such wavering moments to the words of one of our eminent politicians: Nelson McCausland. Nelson’s verdict on me is that I am “that nasty little man” and “One of the most sectarian journalists I have ever come across”. If that doesn’t quite do the trick, I toss in Willie Frazer’s thoughtful characterisation: “I was struggling to find a term suitable for Jude Collins but I couldn’t, so prat will have to do”.

That’s why I’m sure Jeremy Corbyn is feeling heartened this morning in  his campaign to become leader of the Labour Party.  A week or two ago, he must have experienced a significant boost when Tony Blair made a speech and told people that if their heart was with Jeremy Corbyn, they should get a transplant. To be rejected by the man who led Britain into a disastrous Iraq invasion which cost tens of thousands of lives: that must have felt reassuring. But even the most reassuring signs can wear thin as the days go by, so it’s a safe bet Jeremy is doing little leps in the air this morning and shouting “Alleluia!” and similar. Why? Because now Lord Kinnock, formerly Neil Kinnock, leader of the Labour Party, has also come out against him. Anyone thinking of voting for Corbyn, says the good Lord,  should think again: “In the leadership election, we are not choosing the chair of a discussion group who can preside over two years or more of fascinating debate while the Tories play hell with cuts”. What’s more, there are malign “Trotskyite forces” at work in the Labour Party.  In other words, avoid extremes and dump Corbyn.

No doubt at this very minute Corbyn is remembering how Thatcher used to dismiss Kinnock as a “Welsh windbag”. He may recall how Kinnock couldn’t speak a sentence that was shorter than 100 words. Or maybe he’s remembering the time Kinnock, hand-in-hand with his wife, tripping along a beach line, with the media’s cameras trained on him, fell into the sea. Or maybe he’s remembering when, with the polls speaking optimistically of a Labour Party win and  General Election day looming,  Kinnock attended a mass rally, told the troops that “We’re aaaaaaallll rriiiiiight! We’re aaaaaalll right!”  and by looking and sounding asinine succeeded in snatching defeat from the jaws of victory.

With the likes of Blair and now Kinnock lined up against him, Corbyn can’t be other than in good heart today.

29 Responses to On self-doubt and the verdict of others