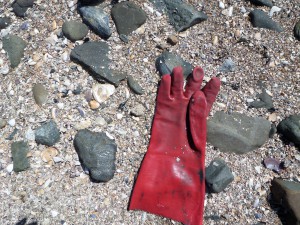 They’ve fallen off the wagon once more.

It’s an easy place to be.

Where you know the score.

Back to their default setting.

They are on the brink again you see.

Two men are dead, shot by other men.

Who sent them there for the blood of their rent money?

No fun or funny, but now all this funny business

Of the blind leading the blind

Both with motes in their eyes.

Their splintering always pulling us apart.

Attempting to drag us under.

Yet, no talk of poor workmanship.

I dispise all this, with their twists and their turns.

Yet I continue to yearn for grown ups in leadership

Rather than adolescents who rent our society in two

With two red hands, one yellow

And the others, such fine upstanding fellows.

No end to the assembly over the failed visit

The magical mystery and disappearance, of Richard Haass

When we were almost there according to Mr. Nesbitt

Who was then unable to bite the bullet

But still, somewhere off Europe.

No end to the assembly over Sixteen million pounds

Burnt up in the holy smoke of the flag protests.

No mention of these men of violence.

The one eye in the heads of each politician

Unable to see their own men of violence

And do something about.

For doing something about it

Is not what they are about, as they shout and wring their hands

While being less effective than political Orangutans.

While the SDLP and Alliance parties

Put your auld flat cap on and just say nethin’

As we focus on the periphery and never

The centre of our society and what has really gone wrong.

Droning on and on, missiles on the skuds.

Every one a mug dung beetle with no detonator .

Carrying the great ball of their dung before them

To feed off later.

It doesn’t really matter, only maintaining the great divide.

In that they hide our future amongst

The agony of their truths.

As the early chat show fans the flames

To catch our ears.

Pulling and tugging at our raw edges

The biggest show in the smallest of countries.

Beautiful apart from the shadows.

Of our dark hedges.

A country at war with itself.

Wrapped in false ideas and ideals

For others to eat their cowboy meals.

My spurs jingle as I saddle up once again.

The man with no name, only a pen.

My pained expression as I wrestle only with type.

Unwilling to shoot anyone with metal.

The remarks in our previous report were focused on leadership. We want to draw

attention to the phrase we used, which in our view is key to understanding the

transition of a paramilitary group to an entirely peaceful position: “relinquishing the

leadership structures appropriate to a time of armed conflict”. By referring to the

not and need not necessarily involve their being formally or publicly abandoned.

conflict, by whatever means that end might be attained.

2.4 In our Twelfth Report in October 2006 we compared the position of all the

paramilitary groups then and three years before in late 20035. We referred to the

follow a political path6. We said that no other paramilitary organisation had

2.7 Is PIRA committed to following an exclusively political path? We are convinced

that it is. The leadership has consistently taken a stand on this, not only through

public statements but also with the members of the organisation, which is arguably

more persuasive as evidence of real intent and delivery. The strategy is firm and

clear. Consistent with this strategy, significant numbers of PIRA members,

including senior ones, have, at the behest of the leadership, moved to political

roles in Sinn Féin. Others have moved to community work or have dropped out of

activism entirely. The membership has backed the strategy and we can see no

grounds on which it would or could be reversed.

2.8 Has PIRA abandoned its terrorist structures, preparations and capability? We

believe that it has. The so-called “military” departments have ceased to function

and have been disbanded. It has been put to us that these structural changes

have had a profound and debilitating effect on the organisational capacity of PIRA.

has been lost. PIRA is not recruiting or training members and the membership

continues to decline, and there is some issue as to what membership means in the

absence of activity. In so far as gathering information or intelligence may continue

2.9 Is PIRA involved in other illegal activity? We do not think that it is. Members

been any recent acts of PIRA violence or intimidation, either internally as a means

of imposing discipline or towards people outside the organisation.12 We are

has made clear to members that such activities are not acceptable. We are

its members not to be involved in criminal activity. Some individual members

remain criminally active but the organisation does not support those involved. As

we have said in successive earlier reports, we are unable to say what has

happened to funds which PIRA previously illegally gained. There is no evidence

that any funds are being used for paramilitary purposes.

2.11 There are three key issues so far as we are concerned. The first is the nature of

the course that PIRA is on, whether it will stay on that course, and whether the

democratic process. We firmly believe that PIRA is set on and will remain on the

political path. We do not believe that it presents a threat to peace or to democratic

2.12 The second issue is the nature of PIRA as an organisation. We believe that for

allowed to wither away. There have not been and we do not foresee that there will

be formal announcements about the disbandment of all or parts of the structure.

2.13 The third issue is whether PIRA might re-emerge as a terrorist organisation. While

non-existent, our answer in respect of the PIRA which existed when we first

reported four and a half years ago is firmly in the negative. In our view the way in

which the leadership has adopted an entirely different course, disbanded terrorist related

structures and capacity and engaged in different activities, and members have moved on to other things, means that the PIRA of the recent and violent past

is well beyond recall.

View all posts by Jude Collins →
Enough really is enough
WHO DO YOU TRUST ? by Harry McAvinchey

3 Responses to ON THE BRINK by Randall Stephen Hall