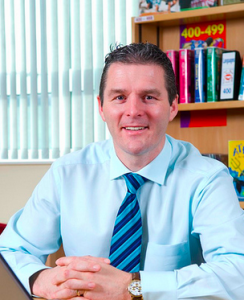 ­­As I sit here typing, I’m waiting for a call from the Nolan Show on BBC Raidio Uladh/Radio Ulster. The topic for discussion – if it comes off – is a recommendation by Jarlath Burns that the flying of the Irish tricolor and the playing of the Irish national anthem before GAA games be scrapped. I don’t always find myself in agreement with Jarlath but I’m with him on this one.

I’m aware of the historical origins of the GAA and how Irish nationalism was an important part of its development. But we’re one hundred years and more from that, so we should be looking at what part flags and anthems play in the sport now.

I favour their abolition for a number of reasons. One would be that it would remove any vestige of reason for unionist politicians to draw equivalence between the GAA and the Orange Order. Not that there’s any core equivalence now. The GAA admits players of any religious denomination or none to its ranks; the Orange Order does not. GAA players and supporters travel to the field by car or public transport; the Orange Order feels the need to march to the field, preferably through areas where they are patently unwelcome. I’m not saying we’d have an influx of unionists to watch and play Gaelic games, should the flying of the Irish flag and the playing of the Irish national anthem be scrapped. There almost certainly wouldn’t. But as I say it’d remove any trace of reason for comparing a sporting organization with an anti-Catholic organization.

The fact is, the GAA is a amazingly vital, self-confident organization. It is hugely popular and bursting with talent. This open, exuberant organization doesn’t need anthems or flags to prop it up; only associations that have made themselves prisoner to a siege mentality feel the need to fly flags and sing anthems. Besides, have you noticed how the crowd and the players at Croke Park peel away and begin roaring encouragement even while there’s still a couple of lines of the anthem to go? As it operates at present, the playing of the anthem can be a tawdry, ragged thing.

Besides, ask any Gaelic games player why s/he took up the sport. It’s unlikely s/he’ll give you patriotic motivation. Certainly when I was a boy, we played Gaelic football because it was an exciting, manly sport – we revelled in it. I don’t remember any flags flying or anthems sounding back then, but it took away nothing from our enjoyment. The truth is, flags and anthems are props which some organisations seem to need because they’re uncertain about who they are. The GAA suffers from no such identity crisis. So forget the flag and anthem, guys. Just play the game.

75 Responses to Does the GAA need flags and anthems?