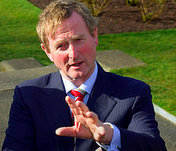 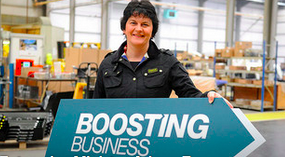 Two quick references to convince you (as if you needed it) that politics is a dirty business which uses words as weapons.

This morning on RTÉ Radio One, Leo Varadkar was being quizzed about the Fennelly report. That’s the one that looks at, among other things, whether Enda Kenny acted illegally by firing the Garda Commissioner, Martin Callinan. The report found Enda had not acted illegally, since he hadn’t fired the Garda Commissioner. Instead, what he’d done was send A Man. This Man was Brian Purcell, and Purcell didn’t like the idea of making the visit at all at all. In fact he told the people involved that being sent to lean on Callinan was wrong. It didn’t matter. He went. And Garda Commissioner Martin Callinan called it a day. So you see – Enda was innocent all the time. Tell a Garda Commissioner  he was fired? I wouldn’t dream of such a thing. Mind you, I might send A Man to have a word with him. You could hardly have a better example of not using a word – ‘resign’ – and yet getting the same effect.

The other example of word-dancing was from Arlene Foster on BBC Raidio Uladh/Radio Ulster this morning. She was asked if she thought Martin McGuinness wasn’t telling the truth when he said the IRA had quit the stage. Arlene said she preferred to believe the word of the Chief Constable who said they hadn’t. (Actually he didn’t say that ach sin sceal eile.) What about Mr McGuinness’s statement? “He would say that, wouldn’t he?” And then Arlene went on to talk repeatedly about Martin McGuinness and “the organisation” he belongs to. Not the political party, you note: the organisation. So just like Enda Kenny didn’t visit the Garda Commissioner and tell him to get his coat and hat, Arlene didn’t say that Martin McGuinness was a liar and a top man in the IRA.  Much better to do a little dance and quote Mandy Rice-Davies and talk about organisations. Wink-nudge, we all know the real score. Martin McGuinness isn’t really into politics or leading a political party. In fact, there might even be a hint that Sinn Féin isn’t a political party at all, which would explain why Arlene and her fellow-party members haven’t given them so much as the time of day for nearly twenty years. Something for which they’re unlikely to lose too many votes.

Ah yes. Choose your non-words and words well, and you’ll get the job done in a way that leaves no trace.

Faslane: the place where insanity and cost meet
NORNEVERLAND , A MARRIAGE ADRIFT by Harry McAvinchey