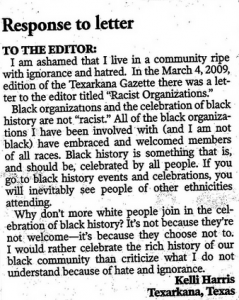 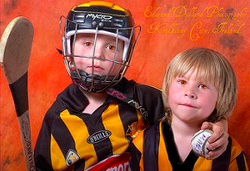 I’ve got two things on my mind this morning, both of which demand attention, so I’ll try and squeeze both into one blog.

The first is the Letters page of this morning’s Irish Independent. I know I shouldn’t have peeked at the online edition but I did, and what do I find? Top of the heap, a letter from a man in Kilkenny declaring “Any reasonable, sensible person having read the excellent articles by Jody Corcoran, Jim Cusack, Eoghan Harris, Mairia Cahill and Ruth Edwards in last week’s Sunday Independent would never, ever vote for Sinn Féin.”   Then there’s another letter from a man in Cork, followed by one from a woman in Limerick, and then one from a man in Surrey – all fighting the same anti-Shinner fight, armed with the sword of self-righteousness and the shield of unshakeable ignorance. I have a theory that one day, the opinion piece writers and the letter writers of the Indo will turn on each other and the air will be full of skin and hair flying, along with the distinctive popping sounds that windbags give when they’ve been punctured.

The second thing on my mind is the response to my blog yesterday. I’ll be honest: I hadn’t anticipated the tsunami of objection to my suggestion that GAA matches would be better without the flying of the tricolour and the playing of the national anthem. Most of those objecting to the proposal did so on the grounds that it was another dilution of our national identity and that unionism would simply take and come back for more.

They may be right, and I think I alluded to that possibility in the blog; but if we’re serious about making the orange part of the  tricolour a part of a new Ireland, we should be inviting unionists in, not giving them excuses for staying out.   “Let them stay out, then!” I hear quite a few voices cry. Well no. Like it or lump it, unionists are our fellow-countrymen and women. We really do need to reach an accommodation with them. The tricolour and the anthem clearly tell unionists this is nationalist/republican territory, so of course they’re not going to be interested. When I watch a game, I do so to see which team is the more skillful, has the greater spirit. Not so I can face the tricolour for the national anthem.

Another main reason why I’d go along with a change is that flying the flag and singing (or pretending to sing) the anthem let a lot of people off the hook. There are those who think that by doing so, they’ve affirmed their identity as Irish people. No they haven’t. I could be the biggest hypocrite in the country and still stand ramrod straight and bawl the words of Amhrán na bhFiann – or all of it except the last couple of lines, because then I’d have turned to bawl encouragement to my team. Doing something for the country for which you profess love and commitment involves a bit more than getting up on your hind legs and singing a song from time to time.

View all posts by Jude Collins →
Does the GAA need flags and anthems?
ALL SPACED-OUT