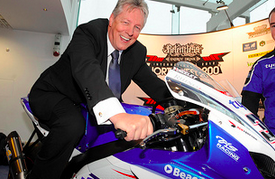 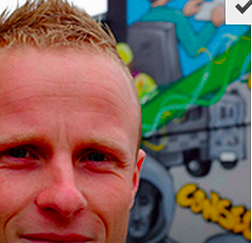 Amid all the clucking and squawking regarding the existence/non-existence of the  IRA, one word has been conspicuous by its absence: NAMA.  That’s because the NAMA controversy, where NAMA property in the north was sold to an American outfit called Cerberus, had nothing to do with the IRA’s presence on/absence from  the stage. Right?

Well, maybe not . There are those who would tell you (hello Jamie Bryson) that the hysteria over the IRA question is a smokescreen to divert attention away from the NAMA matter. And why does NAMA matter? Because (i) it’s so complicated, it makes my head hurt just saying the word; and (ii) because Mick Wallace TD has alleged that a northern politician had £7 million resting in an account, for helping the Cerberus deal to happen.

Now it appears that Mick Wallace has emerged from the cover of Dail privilege and said something about the matter on Twitter. He would appear to have named names, because Peter Robinson has said he’s going to sue Wallace for defamatory remarks. Wallace has said, effectively: “See you in court, baby”.

Add to that the fact that Jamie Bryson – yes, he of the flag protests – has been tweeting for weeks, alleging all sorts of involvement and naming names of those DUP people who’ve had their finger in the NAMA pie. Which raises the question that others have raised: why didn’t Peter Robinson threaten to sue Jamie?

Because suing a southern politician, especially one with the kind of blond hair and pink shirts that Mick wears, is more likely to be a more popular target than Jamie.  Unionist voters may not all love the little scamp but they’d feel it was a bit too internecine if Peter turned  legal fire on him.

But just as the unionist walk-out from Stormont looks like it may be resolved by talks on Monday, guess who’s giving evidence to the Stormont committee investigating the NAMA sale? Yup – young Jamie himself. What’s more, Jamie wanted to give his evidence in public but the committee won’t let him. Which is a terrible pity, because it would make great TV. Instead it will be held in camera and the proceedings published later, allowing for redacting, which is a polite word for censoring the submission in case some of those named by Jamie would get tetchy and reach for their lawyer. Anyway, we can be pretty sure that Jamie will be paying particular attention in his testimony to the DUP, which he clearly detests.

I have a friend who’s of the view that the south of Ireland is uniquely given to corruption in high and low places. He has a point. But I think Wednesday might show that there are a few dark stinking pools in the north as well.  And by the way: the alleged imminent departure of Peter Robinson as party leader ( Henry McDonald in today’s Guardian makes the Freudian slip of referring to him as ‘the former DUP leader’) has absolutely nothing to do with the DUP’s effort to wriggle clear of this whole NAMA thing. Right?

Footnote:  I take back that bit above about Mr Robinson choosing only southern pink-shirted blonds as a target for his ire. Usually reliable sources tell me he’s also going to sue Jamie. AND that it’s perfectly possible Jamie’s hearing will be public. Now there’s a date for your TV. The problem for the producers will be to disguise Jamie’s strings as decorative ceiling-hangers…

Footnote 2.0:  I’m informed by a man who tells me that he’s always right that technically, Peter Robinson IS a former First Minister, because…Oh bugger. Take his word for it. I promise you, it’ll be best for you in the end. Sorry, Henry. You are Freudian-free. Mea culpa.