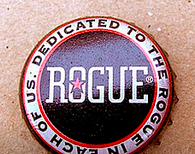 Picture by May Williams

P Rogue:  Remember that interview where you ticked off the interviewer  and said you’d be staying at your post to avoid the possibility of a rogue Shinner or a renegade SDLPer damaging Northern Ireland? And especially the unionist community?

A Renegade: I do indeed. Loved every minute of it.

P Rogue: So my idea is,  put all Sinn Féin and SDLP politicians under house arrest.

A Renegade: But…But wouldn’t that look a bit high-handed? You can’t put people in prison with no evidence.

P Rogue: I think you’ll find we can. And have. Anyway, we could justify it on the grounds that there’s a possibility they’d commit an illegal act.

A Renegade: Oh P – that’s brilliant! You have such an inventive mind. I think I love your brain organ more than any other.

P Rogue: Thank you, A – we do what we can. Because it is undeniable that if left free, some SDLP or Sinn Féin MLA or MP could commit an illegal act.

A Renegade: A possibility, right… Although maybe we’d better give the media an example.

P Rogue: Of course. The public love examples. So we could say there’s a possibility one of them could damage Northern Ireland and the unionist community in particular by dropping an empty crisps packet.

P Rogue: I beg your pardon?

A Renegade: Dog poop! We could also say there’s a possibility one of them would allow their dog to take a poop in a public place, and then be so socially irresponsible as to not bother cleaning it up.

P Rogue:  Very good indeed, A. You too have a clever mind.The fact that both McGuinness and Adams have a dog makes our case all the more convincing.

P Rogue: Of course not! They’ve one each. Which doubles the possibility of a crime taking place.

A Renegade: Love it! Is that enough examples, do you think?

A Renegade: But isn’t McGuinness a teetotaller?

P Rogue: Then his driver. He could possibly get sloshed and careen all over the place.

A Renegade:  When will the house detention start?

P Rogue: Before Halloween at the latest.

A Renegade: And you’re sure we can do this?

P Rogue:  No worries. I’ve had a, um, word in the Chief Constable ear and he’s onside with the idea. In fact, he suggested we could even widen things to include all  the nationalist/republican voters.

P Rogue: Well, not unionists, obviously. But all of those who refuse to accept the Chief Constable’s word that the IRA killed Kevin McGuigan.

A Renegade: A sort of cricket test, then….Terrific. But won’t there be objections to house-arresting all nationalist/republicans while leaving unionists free to roam?

P Rogue: I’m surprised at you saying such a thing, A. Don’t you remember? We are above all the party of law and order.

A Renegade: Of course – how silly of me. Oh P – you think of everything! I can’t wait for the round-up to start. Will we keep them in for long?

P Rogue: Only until the election is over.

JAPES AND GAGS IN NORNEVERLAND , THAT LAND OF FUN THAT TIME FORGOT
Cherry picking and journalists found wanting