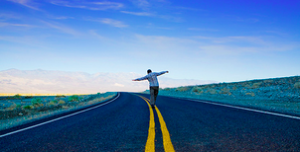 I was listening  this morning to Róisín Ingle of the Irish Times on BBC Raidio Uladh/Radio Ulster. She was talking to Karen Patterson about the fact  – mentioned yesterday by Perkin – that she’d had an abortion.  Róisín appeared to indicate that she’d become pregnant after a one-night stand and that her mother supported her in her choice to have an abortion. Karen asked her about the question of choice for the foetus/baby, and for that matter the father. Róisín either didn’t hear that question or misinterpreted it, because she went on talking about a woman’s right to control of her own body. She also mentioned that more on this could be read in her new book which is now on sale, and I’m afraid although Róisín gave the title, I’ve forgotten it. After the interview, Noel Thompson mentioned something about someone from Pro-Life coming on later.

True to his promise, a woman came on  air around 8.45 am. Her name was Cora Sherlock, and she talked about the number of women who’d had abortions and now regretted it. She said that  there is a group of such women who  offer solidarity to women who have similar regrets. Cora’s point was that the voice of such people doesn’t suit the public narrative and is largely silenced. She wanted to go on to talk about the unborn baby but Noel had to cut her short – “not because of principle but because of time”.

Regardless of your view on the rights and wrongs of abortion, it’s clear that Róisín Ingle was keen to sell her book on the back of the abortion she’d had. It was also clear that the point of view represented by Cora Sherlock is one that receives short shrift/no shrift in the media – certainly I didn’t know such a group existed until she said so. Just after 8.00 a.m. is prime-time radio listening; 8.45 a.m., on the other hand, is where’s-me-feckin’-coat time. You may believe, if you’re a supporter of the right to abortion, that it’s a good thing that those benighted people who are opposed to abortion are pushed back to 8.45 a m and given as little of the oxygen of publicity as possible. But you can’t deny that the media generally, and in this morning’s case Raidio Uladh, don’t present the case for and against abortion in  a balanced way.

THE WRONG SIDE OF HISTORY
IT CAN GET MESSY

22 Responses to Selling a book and pressed for time