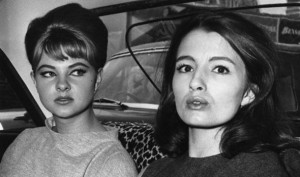 Maybe not quite “the biter bit”…but close enough. There are so many scandals breaking that there’s a lot of effort required to really make your mark these days and rise above the clamour .We’ve had Cameron’s “Pig Gate”, The IRA Hasn’t Really Gone Away You Know, Edward Heath’s Abuse Scandal , the newest Volkswagen Expose which has already had heads rolling and now the NAMA financial scandal ramps up a gear with names being named on the airwaves.What was once murmered on the internet and behind that pint in the pub has escaped into the wild and wooly world of the media.
I love the whiff of scandal every bit as much as the next man or woman.Bill Clinton’s “Monica” scandal kept the presses rolling with well-oiled glee.Every detail was ground down and digested.There was the Barings Bank scandal of 1999 where rogue trader Nick Leeson , single-handedly crashed the financial world by making unauthorised futures trading on the Singapore exchange. President “Tricky Dicky” Nixon’s Watergate was a biggie too and probably best of all , I can remember the Christine Keeler one which tore down a government in 1963; that’s when the 1960’s really took off.They eventually get around to making films of all this stuff. This one in particular ,had it all …sexy ladies, Russian spies , suicides and stodgy, crusty old Establishment figures. Christine Keeler and her blonde mate Mandy Rice-Davies were a lot more beguiling than Monica Lewinsky would ever be , but then ,cigar smokers would never be able to light up a stogie in the same way ,ever again, after hearing all that Clinton /Lewinsky sexual tittle tattle.That salacious kind of thing is what sticks in the public mind down through the years when the political details are long-forgotten.
Still….we sort of expect this kind of behaviour now and again from our political classes. After all , as Jeremy Paxman was to say now and again , the person motivated to indulge in the arcane and dark political arts is a specific sort of individual anyway….not quite like the rest of us at all….a person whose political life can at times be at odds with his conscience or his morality.
Anyway , I’d mentioned earlier that our squeaking junior revolutionary , Jamie Bryson ,had a hankering for the dark arts, whether or not he was any good at them or not , so it has come to pass that he has readily embraced the spotlight and has decided to tilt at the Big Windmill that is our Great Ex-Leader {at the moment , anyway}, Peter Robinson, our one-time First Minister. Mr Bryson has named Mr. Robinson as his number one money -grubbing villain in the NAMA property deal concerning bad debts and toxic loans. There are several others, but no one will ever remember them and they’ll hardly register in the public mind. Jamie alleges that Peter was to receive a kickback from the deal .A fixer’s fee held in an Isle of Man bank, he says. Whether real or imagined , people will remember that.
So far we have seen no evidence of any of this , of course and I am fascinated as to how young Jamie has actually come across his information. No one else seems to really actually “know” too much. Then again , Peter is now in the situation of being temporarily an ex-First Minister through the machinations of his political TV Mike Nesbitt of the UUP, who walked out of Stormont while the rest of us were awaiting confirmation and evidence of the identity of the gunmen who killed two republicans in Belfast recently .
TV Mike grabbed this “scandal” with both hands on the oddly mangled words of the Chief Constable who had some “vague” notions who might have been involved. He “believed” that republicans close to the government were involved but another theory is that a foreign drug cartel of sorts had the republicans shot because of their anti-drug stance. The Chief Constable seems to believe that the republicans are actually having a right jolly old time killing each other and he believes the IRA are still active. Like Jamie, weeks after the events, he hasn’t produced much in the way of evidence, but the can of worms remains open and government is still in disarray. When you consider that people of “faith” believe some very odd things without a scrap of evidence , either, it’s easy to see where this kind of thing can lead.
So….let’s lay it on the line here. The IRA may still be active and involved in the murders of their fellow republicans or someone else may have done it … and Peter Robinson may or may not be guilty of Jamie Bryson’s claims too, but until we see some hard evidence , why should I or anyone else believe any of it. Conspiracy theorists love a whiff of scandal and are very adept at constructing a story to support it.
Then again ,Peter Robinson may now know what it feels like for Sinn Fein when confronted , similarly , with no “real ” evidence for wrongdoing, to be put into a position of being guilty until proving themselves innocent. That certainly gives the police services a free run alright. It turns the law on its head .
The end result , of course ,is that Jamie Bryson is attempting to raise his profile beyond his “flegging” and blogging status and parlay it into something more politically substantial .He might reason that he’s entitled to some of that governmental gravy too , but in the case of Peter Robinson, it’s looking like a real case of the biter being bitten by a similar dog that snarled at Sinn Fein only weeks ago …I might add, that like this dog we still haven’t seen any actual beef..

View all posts by Harry McAvinchey →
Flagger Jamie produces the red card!
‘By The Bog of Cats – Abbey Theatre’ by John Patton

5 Responses to THE BITER BIT