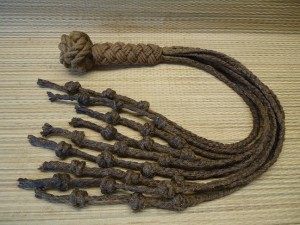 No , I don’t like to laugh at the dead …and I’m not laughing, but there is some crazy cosmic synchronicity going on ,when at the Hajj religious pilgrimage to stone pillars representing what is called “the devil” or possibly “the Devil” hundreds of people have died .The ritual involves throwing stones at three stone pillars which are supposed to incarnate this ancient mythological demon .For some , the creature may seem very real and not a storytellers figment , at all.. Sadly , if you are to believe in such things , this karmic presence has decided it doesn’t much appreciate the kind of calumny and opprobium heaped upon it by this act and has possibly decided to respond and do something about it .You might , if you believed in such things, also believe that this ancient demon has actually retaliated by somehow cutting a swathe through his or her human tormentors . I suppose that if you throw stones at an abstract representation of the creature , much as effigies of enemies are burnt on bonfires in Norneverland , you might expect some form of physical or psychic retaliation at any time .It’s like poking a stick in a beehive , really.You know what that can be like.
The location is Mecca and it is being reported that hundreds of people collided in some way while attending this ceremony en masse ,trampling hundreds to death ,or otherwise being crushed by their fellow pilgrims.It’s a sad state of affairs for so many to lose their lives especially when they are ostensibly attending a religious pursuit.Some seven hundred plus have been killed. This is not the first time something like this has happened . Visiting Mecca , at least once in a pilgrim’s lifetime is a requisite for Muslim followers of Islam ,so as a consequence , millions of people converge on this spot annually and as a result the “Hajj”, as it is called, has become increasingly very crowded. There is the matter of crowd control on a massive scale with problems of food, sanitation and emergency and hospital services required for this influx. If you can imagine the disaster area that the Woodstock Festival became in the 1960’s and multiply it many times , you might have some idea what the city authorities are dealing with.
There have been many incidents in the past but in modern times , communications such as easier plane travel , have exacerbated the crowding.There have been many such stampedes in the past.In 1990 1,426 pilgrims died in a pedestrian tunnel. In 1994 270 pilgrims died at the stoning of the Devil ritual.Similarly 118 died , being tramples while 180 were injured in 1998 .So it goes on from time to time .In 2001, 2003. 2004, 2006.A pattern began to form and many more died.None of these deaths appeared to quell this need to “stone the devil”.Nothing discouraged it and many claimed it was simply god’s will that the death’s occurred .That’s the kind of thing an insurance company might say when your roof blows away in the wind.
There is really nothing strange about the superstitions practiced by humanity throughout time . The phrase “letting the cat out of the bag” was possibly arrived at when at sea in the Navy , discipline was meted out with great ceremony which everyone onboard ship was made to witness and attend the ritual with pomp and ceremony. The offender was flayed with a nine -tailed whip called a “cat”. Each “cat” was individually made for the one specific incident of punishment and similarly a red ,baize cloth bag was specifically sewn by the onboard bosun’s mate to keep this particular “cat” within . The cat was braided from a length of rope .After the punishment had been meted out, the “cat” was replaced in the same bag and discharged into the depths of the sea. The idea being that the offender’s sins were discharged forever to the salty depths with it. Sailors can be a very superstitious lot..
This practice of throwing stones at a representation of evil is increasingly being seen as a lemming-like behaviour where human beings are deliberately placing themselves en masse in an extremely dangerous situation. Believers and non-believers alike are surely beginning to think that even if the devil ever exists or never existed except in folklore or legend and human nightmare, humanity is allowing this particular “devil” to respond and play all the best tunes in this closed situation. It’s far from a cosmic joke of diabolical scale when so many families are bereaved, but maybe it’s time for a re-think. Common sense alone should see that behaviour like this can only ever end badly. Stoning a metaphorical devil in the safety of your own backyard might be preferable to this continual horror.

3 Responses to THE DEVIL’S DISPLEASURE