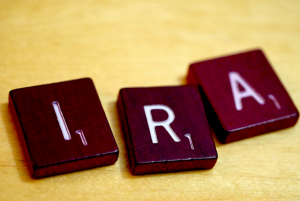 What are structures, anyway? And how can they be peace-threatening?   I ask because the notion of ‘IRA structures’ has been tossed around mightily over recent days, not least by the three-wise-persons panel who declared that the IRA army council still existed, and that it gave orders/provided an over-arching umbrella for Sinn Féin and the IRA.

The word ‘structure’ is usually employed in talking about buildings. A kind of material shape, like a house or a factory or a shop, that people use for putting stuff in  and then moving that stuff on, usually by selling it. In that sense, you could I suppose argue that, metaphorically, there are IRA structures still in place. Except, as even the three wise persons granted in their, um, independent report, the structure is now selling a very different product. In other words, there are former IRA men and women still around, but the product they’re offering couldn’t be in sharper contrast. For decades they sold armed conflict. Now they are offering politics and reconciliation.  In which case riddle me this: where would be the sense in demanding the ripping down of the structure which is now dispensing the very wares that Irish society so sorely needs?

There’s an answer to that question: it’s the election, dummy. Of course Sinn Féin’s opponents are going to be pressing for the total dismantling of the structure and the bits of it demolished. Preferably accompanied by loud sounds of crumpling masonry and political moral indignation. It’s to their advantage to publicly announce that the Shinners have been hoodwinking people for nearly twenty year now, and that by smashing the shop building to pieces, they, Micheál and Enda and Peter and Mike,  have rid the political world of this turbulent shop/structure/Sinn Féin.

All of the above, however, is posited on a fundamental premise (no pun intended): that the IRA army council is the one in charge of republican politics. “Of course it is!” you cry. “The three-person panel told us!” Right. And who told the three-person-panel? Why, the spooks, ultimately. MI5 and its faithful companion, the PSNI. That’s MI5 that has been such a positive force in Irish life for several decades now, as has the more-recent PSNI, which likes to arrest prominent republicans, especially when an election is approaching, before releasing them without charge.

And who exactly are MI5? Well I mean get real – they’re a spying organization, they’re not going to tell you their names, are they? OK then – what’s the evidence they’ve produced in support of their claims about the IRA army council, on which Sinn Féin’s electoral opponents have based their anti-Sinn Féin judgement? Um, well, eh, believe me they have it, but it wouldn’t be in the public interest to tell what it is. Don’t forget we’re talking MI5/the PSNI here. You just have to trust them, the way Sinn Féin’s political opponents have trusted them.

Sorry, guys. (i) If the IRA army council was still in existence and calling the shots, wouldn’t at least one political opponent have heard about it and used it as an anti-Shinner weapon years ago? (ii) Why so shy with the evidence? Could it be that…you know…it doesn’t exist? A terrible thing to say, I know; but then there’s an obvious way to rebut it: produce the evidence. Or more bluntly, in the words of the Deputy First Minister: time to put up or shut up.

Who Dares Wins? It’s A Knockout
The Sky is Blue.